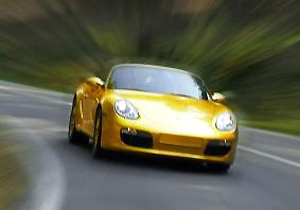 The nice folks over at the The CarConnection.com wrote a nice piece about dealers and their ongoing pricing issues…

On any particular moment, U.S. dealers have about $96 million worth of used cars, trucks and crossovers sitting on their lots. And most of those vehicles will sit there, day after day, waiting for buyers that may never come.

They may be the right cars, in the right place, at the right time. But if they’re priced too high, they’re simply going to sit there, running up inventory costs for dealers already strained by the current economic downturn.

That was the situation at Paragon Honda, in Woodside, NY, where the typical used car might sit around for a year before finding a buyer – and only then, says the retailer’s marketing director, Ashley Antonio, through some whopping price cuts. But today, the situation at Paragon is quite different. In 2007, it became the number one dealer in the country for Honda’s certified used vehicle program, outselling the number two dealer by more than 45 percent.

What happened? Antonio credits an online service, called Live Market View, that gives dealers a real-time look at what’s happening in the used car market, both locally and across the country. Type in the details when a car comes in as a trade-in, and you discover what it’s worth and what it’s likely to go for on resale. More importantly, Live Market View shows what other dealers are demanding for the same car…