Dale Pollak, Founder and Chairman of vAuto, Inc., settles into the co-pilot seat of the turbo

prop commander. The fact that he suffers from a form of blindness, macular degeneration, is but a minor hindrance. Jeff Green, friend, dealer and pilot issues commands that help Pollak maneuver the plane to the end of the runway to begin the short flight to his next speaking engagement. vAuto is currently positioned as the industry leader in providing technology solutions for the used-car market with Dale Pollak positioned as one of the industry’s most sought after speakers. Their value proposition is one that makes complete sense to dealers that are struggling to survive during the most difficult business conditions in recent times.

Dale grew up in and around his father’s thriving Buick dealership in Gary, Indiana.

Discouraged by the economic conditions and prospects for the future, Dale encouraged his father to leave the business behind in Gary, Indiana and start all over again. Despite its challenges, that’s exactly what they did in Elmhurst, Illinois, with a Cadillac franchise. “They were probably the worst years for Cadillac,” says Dale when thinking about their timing. “In 1985, Cadillac dropped the highly successful Seville and El Dorado and replaced them with new models that were dead on arrival.” 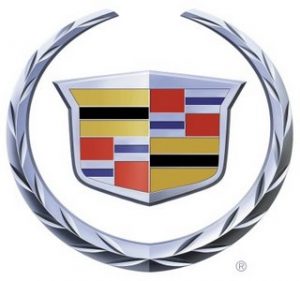 the used car department. “It became very clear that used cars would have to be our salvation,” Dale recalls. Dale’s lack of eyesight forced him to find his own way to manage the used car operation. He focused intensely on what the vehicles were worth. Dale learned that the most fundamental law governing a used car operation is the equity of the inventory. “The more right you own your cars, the faster they sell and the easier they make gross,” says Pollak. Mike Chiovari, Dale’s former controller and office manager said, “He needed to know what every car was worth, every day, compared to what we owned it for. It was the only way for Dale to know for sure whether we stood to gain or lose on a vehicle.”

This insight became the foundation for vAuto. The premise of vAuto was that if dealers measured and managed the equity in their used vehicle inventory, they would improve their performance. As Dale states, “there’s a direct correlation between equity, volume and gross.” With his co-founder, Mike Chiovari, Dale’s former dealership controller, they took this new software to the market. “We got tossed out of one dealership after another,” Dale recalls. “It was maddening.” Although he knew that equity mattered, the reality was that most managers, and even many dealers, didn’t want to deal with it.

vAuto’s product line and leading technology has sufficiently evolved so that they are no longer getting the boot. Instead, vAuto Inc. has quadrupled in size and revenue over the past two years. They have developed proprietary software that quantifies the supply, demand and price sensitivity for any vehicle, in any market, with any equipment, at any moment. Pollak says, “It’s the holy grail. Tell me a vehicle’s supply, demand and price sensitivity and I’ll give you a better answer as to whether I want to own it, how much I’ll pay and how to price it. It takes every thing that I always knew about the investment nature of the used vehicle industry and brings it to life in a simple and non-threatening manner. Once any manager understands the concept of an efficient market, we can have a rational and productive conversation about his inventory in terms of the vehicle’s supply, demand and price sensitivity. It makes perfect sense to them and it’s changing the way they think.”

As Dale’s turbo commander descended through 10,000 feet, on its final approach into Orlando, Jeff Green placed Dale’s left hand on the handle controlling the wing flaps. “Push down hard,” Jeff shouted into the headset microphone. “30 degrees to the left and adjust,” continued Jeff’s instructions. Within moments the plane touches down under Dale’s control.

The message that Dale is delivering in Orlando today is one that speaks to the dynamics of what he calls efficient markets. According to Pollak, the #1 reason that dealers are not recognizing the full potential of their used car operation is the fact that they don’t understand what it means to move from an inefficient to an efficient marketplace.

An efficient market is any market where buyers and sellers have relatively equal knowledge of choices and alternatives. With that definition, Dale challenges the audience with the question of whether the used car business was efficient before the internet. The answer is obviously no, as Dale points out. People regularly paid more money for their used cars than they would have if they’d only known where others were just like it for less. Dale then questions whether the used car business today is efficient and getting more efficient every day. Yes, the audience agreed, the internet makes buyers aware of choices and alternatives for any vehicle in any market.

Dale proclaims that the days of convincing people to pay more for a used vehicle than they should are long behind us. “Rather,” he said, “the used vehicle is going to bring only what the market will bear in the new efficient marketplace. All efficient markets are governed by the same principles. “Whether it is the oil, grain, metal or automobile markets, if they’re efficient, they’re governed by the forces of supply, demand and price sensitivity.” Dale tells the audience that these are the important factors that are playing out in governing the success of their used vehicle operations.

To prove his point, he cited the fact that the dealer’s new car business has been efficient for many years. Customers shopping for new vehicles have clear choices of where to go for identical vehicles and better deals. Dale pointed out that because the new car business has been efficient for some time, dealers well understand what it means to own new inventory with a high day’s supply. He said that they would never dream of purchasing new vehicle inventory with a high day’s supply and then pricing it over the market. Yet, he states, that is exactly what car dealers across the country are doing in their used vehicle operations.

Dale tells the audience that the single most important metric to consider when deciding whether to purchase a vehicle, how much to pay, or how to price is the supply and demand of that vehicle in the market. Dale asked his audience to consider what happens when dealers receive a new hot model from their manufacturer that has pent up demand and very little supply. “Isn’t it true,” he exhorted “that you can ask and get anything you want for yours, regardless of what your competition is doing with theirs? That’s what efficient markets do for sellers when you offer an item for sale that has more demand than supply- it rewards you with premium prices and profits.” “Conversely, when you offer vehicles for sale, where supply outstrips demand, you can’t price those vehicles aggressively enough. It only makes sense. This principle is as time-tested as markets are themselves,” Dale continued. “In the efficient market, when considering what to buy, how much to pay or how to price, you must know the vehicle’s market supply and demand,” Dale restated.

Based on past experience and their track record, the vAuto management team is poised to continue the innovations that are revolutionizing the retail industry. The management team has a passion and dedication that goes well beyond commercial success. They are determined to move the practices of the used car business from its past to its efficient present.

In the question and answer portion of Dale’s Orlando speech, someone asked him what he’s going to do next. With a wide grin Dale said, “The best is yet to come.” Privately, Dale states that there is much more value in the quantification of used vehicle supply, demand and price sensitivity than the application is bringing to market today. He noted that, “We are still learning what the data means and you can’t give the market too much too fast.”

As far as what’s next for Dale on his personal horizon, he says that he’s not anywhere ready to let loose of his vAuto vision of efficient markets. He is, however, quick to proclaim his interest in acquiring a commercial pilot’s license. “I’m not convinced that blind people shouldn’t fly airplanes,” Pollak defiantly stated. He is contemplating an offer recently put forth by a deaf certified flight instructor to make the first round-the-world journey by a deaf and blind pilot team. “It would be the ultimate demonstration that anything is possible, with technology and imagination,” Pollak concluded.