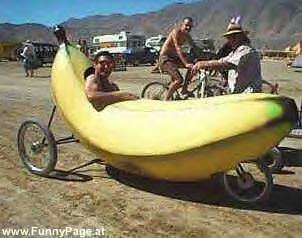 A few minutes ago, I was asked to speak to a group of highly respected dealers, all of whom share a common concern. They asked me to speak on the issue of whether it is wise to forego their high turn in light of the fact that they can not replace the inventory for the same money. Let’s examine this issue.

What if you ran a fruit stand, but instead of the items on your shelf rotting as time went buy, they grew more ripe and delicious. Would you raise your prices ever so slightly every day as the fruit became more juicy? The answer might be yes if there was a steady demand for fruit and you were the only fruit vendor in town. Under such conditions, sacrificing present profit in favor of greater future returns would be a rational strategy.

But let’s think about a few possible scenarios. First, what if fruit demand in the fall historically declined, then you might find yourself with excess supply. As the supply of the fruit increases relative to the demand, it’s inherent value declines while your original cost does not. So we can conclude that hanging on to the inventory in spite of its increasing value is risky in light of uncertainty in demand.

Second, what if you are not the only fruit provider and at least one other seller in your market decided not to increase their margins but rather sell the items for the prevailing market amount and then replace it with new merchandise, albeit at a slightly higher cost? At this point, the items being offered for sale by both vendors would be priced roughly the same. The difference, however, would be that one vendor will have made two sales in the same period of time that the vendor has made one. Therefore, the strategy of slowing turn by raising prices simply reallocates present demand in favor of others rather than retaining it for future gain.

Finally, consider the perfect storm scenario where other sellers in your market are willing to let the stuff go for the regular price and there are also declines in demand. You, the proud owner of large quantities of fruit will get a very sour bite of the apple.