It’s not uncommon for dealers to quietly, sometimes firmly, let customers know the vehicle they believe is worth $X is really worth $Y. 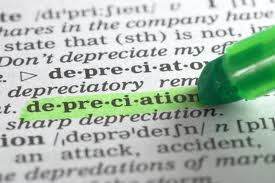 “It’s depreciation,” a sales manager might say when offering the customer less for a trade-in than he/she had hoped to get.

Curiously, dealers aren’t quite as honest with themselves about the depreciation of their used vehicle inventories. Some dealers may write down and recognize the inventory value depreciation on a monthly or quarterly basis, but most dealers avoid the exercise altogether. These dealers seem to believe, like their customers, that depreciation affects the other guy, not themselves.

The problem, of course, is that this thinking can lead dealers to believe their used vehicle departments are performing just fine, when they may well be missing the mark.

Here’s what I mean: Suppose we have two stores with $1 million in inventory. Each brings a 10 percent return on the investment per month, or $300,000 after three months. The first store doesn’t depreciate its inventory or systematically address aging units, while the second store regularly adjusts its inventory valuations and gets rid of aging units when their current market values decline. A dealer might look at each store’s $100,000 monthly return and think, “Both of my stores are performing on par with each other and I can expect a 120 percent annualized return on investment.”

However, this dealer would be wrong. In effect, he would be giving himself and the first store credit for profitability they haven’t yet earned. Meanwhile, the second store’s inventory management discipline would be getting short-shrift—even though it’s poised to deliver a better overall return on the dealer’s investment.

This scenario remains all too common in our industry, at dealerships and dealer groups large and small. I can’t help but wonder how much better these dealerships would perform if they took an honest look at their inventory valuations and regularly and dispassionately address depreciation and age.

Let’s remember:  What dealers must understand is that allowing inventory to age and consequently depreciate provides a glimpse of profitability that hasn’t really been earned.