I had mixed feelings as the curtain closed on the 2013 National Automobile Dealers Association (NADA) convention Monday afternoon in Orlando. Like many dealers, I felt a mixture of exhilaration and exhaustion as the time came to focus on the return trip home. 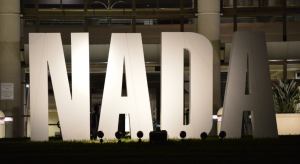 Softer Used Vehicle Values: As regular readers know, I prefer to leave market forecasts to the experts. However, I had a few conversations with dealers that gave me pause. In most cases, dealers were pleased with January’s strong month and they were looking ahead to a stronger spring selling season. But a few dealers were reading between the lines of industry reports that note a slight softening of used vehicle values as wholesale supplies increase. The key factor: Will consumer demand rise at the same rate as supplies increase? I’ll be watching for clues to answer this question, which is particularly important as dealers typically bulk up used vehicle inventories heading into spring and summer.

F&I/Sales Integration: There were at least two workshops that discussed how some dealers, in an effort to speed up the F&I process, are shifting F&I-related paperwork and tasks to their sales teams. This strikes me as an extension of the age-old best practice of introducing the F&I managers to customers early on in a transaction. At the same time, however, this shift might signal a larger effort by dealers to do more with less. As always, the key challenge will be how to make such changes and maintain F&I penetration and production.

24/7 Transparency: “The Internet has killed our business. Customers know too much. I’ve got to figure out how to handle it.” I heard this refrain multiple times from dealers at NADA. To me, it was interesting to hear the recognition among dealers that they need to shift their role from gatekeeper to guide for today’s customers. This recognition is a profound step forward for an industry that traditionally held all of the vehicle pricing and transaction information close to the vest. A key challenge ahead: Dealers need to make sure the level of transparency they offer is consistent as customers move from their online shopping to the showroom.

Moving Metal, Making Money: As I noted in a prior NADA post, dealers are coming off a strong year and signs point to a better 2013. Yet, many dealers complain that they aren’t making the money they expect, given the energy and investment they’ve made in their dealerships. This complaint even comes from guys I’d consider top-performing dealers—ones who’ve worked hard to reduce costs and streamline processes in an effort to maximize margins. Unfortunately, these conversations didn’t lead to any big “Eureka!” ideas. They did suggest, however, that dealers face many of the same pressures that other brick-and-mortar retailers have encountered as the Internet spurred dramatic change in their respective markets.