Some dealers might think Bill Simmons, GM of Haley Toyota Certified, Richmond, Va., is getting ahead of himself with his used vehicles. 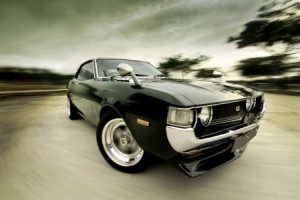 The reason: Simmons doesn’t wait until cars arrive at his dealership from the auction to get them online. Most Friday nights, he’s working past 11 to cull photos and create descriptions for vehicles he acquired that day via Manheim online auctions and post them to his dealership website.

“When I first started doing this, I logged in on Monday to see if this was worth the effort,” Simmons says. “I was blown away by how many times those vehicles showed up in searches and how many VDPs I got over the weekend before the cars ever got here. That told me, ‘OK, it’s a little extra effort but it’s worth doing because I’m getting eyeballs on my inventory and getting them there quickly.’”

Simmons shares his process for getting vehicles merchandised and posted online quickly in a Driving Sales Innovation Guide article. It’s an informative read and one that would benefit any dealer frustrated by the four to five days of investment “down time” that elapses as vehicles and their paperwork move from the auction to the dealership.

I asked Simmons about any pitfalls in his process.

On a rare occasion, a customer may land on a vehicle that failed the auction’s post-sale inspection and wasn’t shipped to the dealership. “It happens so infrequently that I don’t mind if it happens,” he says. “Yes, I have to give the customer the bad news. But at least they contacted me and hopefully we can sell them another car. That’s really the only pitfall.”

I also asked if customers complained when they learned that the vehicle they found online wasn’t yet available at the dealership. “We tell them they’ll be contacted first when the vehicle arrives and they have the right of first refusal,” Simmons says. “Quite frankly, I find most customers are cool with that.”

Perhaps the most impressive part of Simmons’ process is the way it’s helped him sell more used vehicles in less time. Previously, the dealership sold 60 percent of its 80-car inventory in less than 30 days. Now, the store consistently retails 80 percent of its inventory in the 30-day timeframe.

“I’ve got good processes in place and we’re turning our inventory,” Simmons says. “I’m now talking to my Performance Manager about how to take things up to the next level.”

I have no doubt Bill and his team will get there.