Overall, 2012 was a good year for franchised car dealers.

In its recent recap of last year’s dealership financials, the National Automobile Dealers Association (NADA) reports that total dealership sales increased 9.2 percent compared to the prior year, driven by gains in the new and 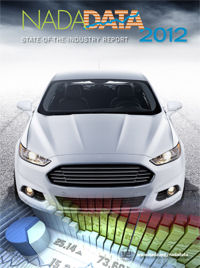 But the relatively rosy portrait of dealership financials shows a few profitability challenges:

1. Margin compression. NADA says dealers’ gross profit margin as a percentage of total sales dipped from 14.4 percent in 2011 to 13.7 percent in 2012. Meanwhile, dealers’ net profit before taxes fell from 2.3 percent to 2.2 percent during the same period.

This margin compression is nothing new, and the NADA report points to familiar factors that include a .4 percent decline in the gross margins for new vehicle sales and a 4 percent increase in overall dealership expenses (including $315,000 more in payroll costs at the average dealership).

At the outset of 2013, there were cautionary reminders that dealers avoid the temptation to loosen their grip on efficiencies and expense controls that helped them weather the recession—all of which remain relevant today.

The financial performance follows two years of relatively strong new and used vehicle sales. The upshot: Dealers should double down on efforts to improve customer pay work and retention to help drive the long-term financial health of their dealerships.

Part of this decline likely owes to dealers selling more used cars—as the volume goes up, the profit on a per-car basis declines.

But I also suspect that higher costs to acquire the “right” cars and the inability for some dealers to retail these vehicles quickly accounts for diminished profitability.

On the surface, this is a good thing. Dealers are turning to their F&I offices to make up for diminished profitability and revenues in other departments. Drilling deeper, however, dealers should be aware that an over-reliance on F&I income may become problematic given the prospect of charge-backs and federal regulation on rate reserves—both of which will crimp F&I profits.

Interestingly, the challenges highlighted in NADA’s report appear less profound for velocity dealers who have put people and process efficiencies front and center in their efforts to increase dealership-wide profitability.