Many dealers are suffering from the “Big Squeeze” in used vehicles.

The effects of the “Big Squeeze” are easy to identify. Dealers are paying higher costs to acquire and recondition used vehicles, and seeing a greater degree of pressure on retail prices and front-end gross profits.

We can thank increased competition among dealers to find and retail used vehicles, and Internet-driven price awareness among consumers, as the chief drivers for what I call the “Big Squeeze.”

In technical terms, the “Big Squeeze” is really profit margin compression. For dealers, 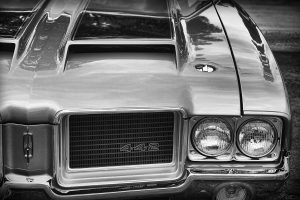 it’s like a slowly tightening C-clamp on your used vehicle department—the floor (e.g., the cost to acquire a used vehicle) is rising and the ceiling (e.g., a unit’s retail price) is closing in. Ultimately, the “Big Squeeze” translates to a smaller profit margin “spread” in used vehicles than dealers are used to.

But here’s the problem: While many dealers can readily recognize the profit-harming effects of the “Big Squeeze” in used vehicles, a far smaller number of dealers are actively taking steps to combat the problem.

The best I can tell, there are three main reasons dealers have difficulty proactively confronting the margin-crimping effects the “Big Squeeze” creates in their used vehicle departments.

First, razor-thin margins in used vehicles are a relatively new phenomenon—a tough pill for dealers who fixate on the high profit margins they achieved in the past. Second, dealers are unaccustomed to or unfamiliar with the kind of efficiency-focused operational and process changes that will help them fight the “Big Squeeze.” Third, some dealers have made a choice, conscious or not, to ride the successes they’ve recently seen in their new vehicle departments, which translates to less attention for their used vehicle operations.

None of these reasons, however, changes the reality that the “Big Squeeze” will continue to gnaw away at used vehicle profitability. For dealers who want to fight back, I offer the following four-step action plan:

Avoid the “raise your prices” impulse. It’s not uncommon for dealers to raise their used vehicle prices to improve front-end profitability. But, in fact, this is precisely the wrong lever to pull, given the high degree of price sensitivity among used vehicle buyers. I encourage dealers to take a page from retailers like Amazon and Wal-Mart, who also face stiff competition, keen retail price sensitivity and razor-thin margins. When Amazon or Wal-Mart need to increase profitability, they typically don’t raise prices. They understand the market largely sets retail price parameters. Instead, they look long and hard at ways to acquire and retail their merchandise in a less-costly, more efficient manner.

Control the Cost to Market for auction and trade-in acquisitions. Unlike new vehicles, dealers have the final say on what they’ll pay to acquire a used vehicle from auction or trade-in. Unfortunately, many dealers do not proactively or systematically manage the costs they pay to acquire used vehicles. I suggest dealers use the Cost to Market metric, which measures the costs paid to acquire and recondition a vehicle against prevailing retail asking prices for the same/competing vehicles. Dealers should track the Cost to Market metric for individual auction buyers and appraisers to identify and address acquisition decisions that unnecessarily diminish front-end profit potential and make the “Big Squeeze” worse.

Tighten up your acquisition-to-front-line timeline. “Big Squeeze”-smart dealers have implemented processes that time and track the number of days it takes to get newly acquired used vehicles on the physical and virtual front lines. In fact, the best-performing dealers are able to make used vehicles retail-ready in 48 hours or less. These dealers recognize that “time is money” and that unwarranted delays for reconditioning amount to a “silent killer of front-end profitability,” as a dealer friend puts it. This operational focus combats the “Big Squeeze” by ensuring fresh cars retail quickly to maximize their profitability potential.

Pay more attention to reconditioning costs. The scope of reconditioning for each used vehicle should be a calculated, quick and profit-minded decision. It’s easy to spend too much, or wait too long, to recondition a vehicle. To address this, some dealers green light all shop work if expected costs fall below a specified target (e.g., $500 to $700 a car). Other dealers are even more circumspect and cost-conscious, reviewing every reconditioning expense to ensure each repair advances a unit’s front-end profitability.

Unfortunately, I don’t think the “Big Squeeze” will dissipate anytime soon. In fact, I believe it’s the new operational reality for dealers. The final question is this: How long will dealers who fail to fight back against the “Big Squeeze” in used vehicles be able to hold on?