I’ve long advocated that dealers need to recognize the primacy of the used vehicle department as an engine of growth for sales volumes and profitability across the entire dealership.

As a dealer friend puts it, “the used vehicle department is the only department that touches eve 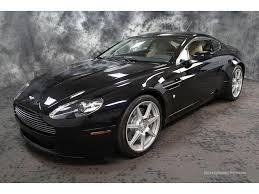 ry part of the dealership. Once we understood this, it changed our business. When you recondition 145 vehicles a month versus 40, the impact in service and parts is unbelievable. Then, you’re selling more in F&I and you’re improving your throughput in new vehicles because you can pay more for trades.”

But some dealers have difficulty making used vehicles a primary focus, much less making the department drive the “wheel of fortune” for the entire dealership.

I’ve come to recognize that this difficulty is more pronounced for dealers who adhere to two traditional dealership management practices:

1. Every dealership department’s performance must stand on its own. On the surface, this management practice makes sense from a financial perspective. Dealers are in business to make money and each department, like an oar in the water, should advance a dealer’s desire to run a profitable business. The problem, however, is that this management practice, and the pay plans that often accompany it, tends to create “silos” where managers are focused on the results in their specific departments with little regard for helping their peers in other departments.

In used vehicles, the “silo mentality” often contributes to difficulties to make used vehicle reconditioning a priority in service. I recently spoke with a dealer who was frustrated by an inability to increase used vehicle sales volumes and profitability—an impossible goal, he realized, after determining it took 16 days, on average, for “fresh” used vehicles to get reconditioned and ready for the front line.

2. A loss on a used vehicle should be avoided at all costs. Like successful coaches in sports, dealers are blessed with a keen competitive spirit and a strong, if not burning, desire to win. For dealers, the desire to win takes on even greater significance, given they often have their personal and family fortunes on the line.

But here’s where good coaches and dealers often differ: Most coaches recognize that an occasional loss is part and parcel of the job. It’s rare for any coach or team to go undefeated in a season, and when this occurs it’s largely regarded as a temporary blend of just-right circumstances—not an ongoing operational standard.

Many dealers, however, apply a more stringent, zero-tolerance attitude toward losses in used vehicles. It’s like they expect to win 100 percent of the time. As they strive to reach this nearly impossible standard, dealers will often create most costly problems, such as aged cars and missed opportunities to reinvest their money in vehicles that will sell faster and offer better profit potential.

To be clear, I’m not suggesting that dealers toss these traditional management practices completely out the window. Rather, I’m advocating that dealers adopt a more nuanced approach on both fronts to give their used vehicle operations a better opportunity to “lift all the boats” in the dealership.

Here are three recommendations I suggest to help dealers achieve a greater degree of used vehicle primacy and performance at their dealerships:

1. Adopt a “total gross” management mindset. This mindset effectively does two things: First, it helps managers and employees understand how their individual contributions benefit others in the dealership—which leads to a greater degree of collaboration and cooperation. Second, a “total gross” mindset frees dealers and managers from focusing solely on preserving (or propping up) their front-end gross profit average, a factor that feeds the desire to avoid a loss at all costs. Note: It may be necessary to adjust pay plans to reflect the new emphasis on “total gross.”

2. Accept the occasional retail loss as a lesson. Often, a dealer’s desire to avoid a loss on a used vehicle hinders their ability to recognize what is most likely a mistake—either the wrong car, the wrong pricing strategy, or inattention to indicators the unit’s headed in the wrong direction. Dealers who heed the lessons in each loss inevitably see them less often, and maximize the turn and earn potential of their investment in each vehicle.

3. Inspect what you expect. Dealers can’t simply will managers of different departments to collaborate, or get used vehicle managers to automatically focus on the day-to-day tasks that minimize potential losses before they occur. As Velocity dealers attest, it takes a greater degree of discipline and oversight to make used vehicles a priority across the entire dealership. The good news, however, is that once the “wheel of fortune” starts turning in a dealership, it gains momentum and spawns the motivation that keeps dealers and managers focused on the primacy of used vehicles for the long haul.