A Three-Point Plan To Speed Up Your Sales Processes

In the past several years, many dealers have come to understand that speed matters in their dealerships.

This emphasis on speed has been most 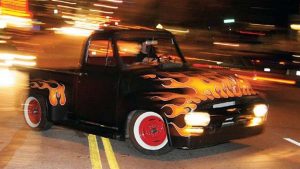 profound in used vehicles, where dealers have been aggressively working to sell a greater number of vehicles in less time. In market after market, there are dealers who have doubled their used vehicle sales volumes as they’ve made “time is money” a mantra for management and employees alike.

The “time is money” mantra has helped dealers and their teams zero in on problem areas that often slow the velocity of their sales, and crimp their profitability potential. For example, these dealers now get vehicles through reconditioning and detailing in 48 hours or less, and many price their vehicles on a near-daily basis. Both of these “time is money” initiatives go a long way to helping the dealers retail “fresh” cars faster to maximize gross profit.

But now some “time is money” dealers are starting to apply the mantra to another aspect of dealership operations that remains a costly source of inefficiency—their sales processes.

“We realized that customers don’t like the four-hour process we required to buy a new or used vehicle from us,” says a California dealer. “They liked our cars, our people, and our prices, but they didn’t like our process. Now, we try to close deals in two hours or less, and everybody’s happier. Customers like spending less time in the dealership, and our sales associates appreciate the opportunity to sell three or four vehicles a day, versus one or two.”

The California dealer’s experience mirrors that of other “time is money” dealers who have taken steps to shave the time they ask of customers to purchase vehicles. The following are three recommendations these dealers share to achieve what I believe will become a standard of excellence among dealers in the near future—offering customers the ability to buy cars in less than half the time it takes today:

1. Consider what your asking prices say about your sales process. This may seem like a no-brainer, but it’s not uncommon, especially in new vehicles, for dealers to post asking prices that effectively tell potential buyers, “Gear up. You’ll need to negotiate hard when you get here.” By contrast, the “time is money” dealers are going a different direction. Their asking prices do two things—they reflect the market and the process buyers will undergo at the dealership.

“We basically price our cars in line with what used to be our first pencil on deals,” says an Arizona dealer. “We also tell the customer that we price our vehicles competitively to save them time when they do business with us.”

2. Limit discounts and negotiations—or nix them altogether. The “time is money” dealers who have eliminated the most time from their sales processes have adopted a “near one-price”-type strategy. That is, they may still negotiate, but it’s a one-time pass, and the amount in play is often $500 or less.

“Our prices are very competitive and customers know it,” the California dealer says. “A few might insist on negotiating deeper discounts than we’re prepared to give, but we can successfully counter their offers by showing them the market data that validates we’re offering a fair deal.”

If you plan to negotiate, dealers say it’s important to track any discounts made by individual sales associates and managers. The purpose: Determine whose habits of discounting vehicle prices are hardest to break to minimize give-aways of your front-end gross profit.

3. Combine sales and F&I functions. This is a bigger step than many dealers are currently willing to make, given their reliance on F&I income for dealership profitability. However, the “time is money” dealers who combine sales and F&I functions (either with a sales associate or sales manager) say they won’t go back. “It’s a huge time-saver for customers, and we’ve seen positive gains in F&I income,” the California dealer says. “But it takes a blend of coaching, as well as the right type of person, to make it work. Consumers like dealing with a single person and, once you establish trust, it’s much easier to get past price and focus the sale on the value of our products and process.”

The efforts the “time is money” dealers have invested in speeding up their sales processes are a facet of the “race to the customer” reality in automotive retailing today. And, like any race, those who cross the finish line first reap the biggest reward.