Below is a comment and my response to a recent blog posting, questioning the success of one-price dealerships. (if you’ve read the initial conversation, there’s more below.  Scroll down to “Additional Thoughts”)

I had the pleasure of reading one of your articles today. I found it interesting. However, it would be also interesting to go back through the history of this one price concept and see how many dealers have either gone completely out of business or had to abandon this noble concept.

Over the past 24 years I have witnessed many dealers try this, some have succeeded of course, but many, many more have failed or at least from my memory. 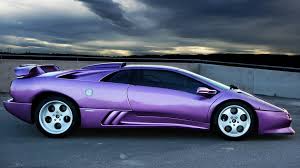 It sounds great and there are a few of the used car outlets that have claimed to have success with this, but I can only name a couple that have lasted and each one of those had a gimmick that helped the process of one pricing. The one price model was not the sole basis of why people purchased from these dealers.

But, thank you for putting out an article that was easy to read and was not a direct attack on the rest of us. Have a great afternoon

It is true that one-price automotive retailing as we know it today has been around since the 1980s. To be clear, however, the selling environment has changed considerably over this period. I believe initially those dealers that tried one-price selling in the 1980s had the right idea, but they were too early. For that reason and others, most failed. It should be noted, however, that a handful succeeded and today continue to thrive as a result of it. Examples include Edmark Superstore in Boise, Idaho and the Marsh Auto Group in Traverse City, Michigan. These retailers had a notion that there was a better way to buy and sell cars and they had the operational and executional discipline to prove the case. No doubt their road was difficult, and many others failed along the way.

Today, however, the selling environment is very different and continues to change. One major characteristic of this change is the emergence of Gen Y that are now just entering their car buying years. Every bit of research on Gen Y buyers indicates that, unlike their parents and grandparents, they are not intent on getting “the best deal” but rather a fair deal with the least amount of effort and time. For this reason, I believe firmly that the justification for one-price selling is very strong, or put another way, its time has come.

Having stated this conclusion, I must note that even though the time has come for one-price selling, it remains extremely difficult for most dealers. This is because true one-price selling is not just about eliminating negotiation but rather instilling the culture throughout the dealership around an experience that meets the needs of consumers who desire fairness, speed and ease. Visits to the aforementioned dealerships are very valuable and enlightening because, unless you see it and experience it in action, it is hard to grasp. It comes only through a religious-like dedication to a particular way of doing business.

Finally, I think it also needs to be noted that every dealership is on their way to one-price selling. Specifically, every dealer is on a journey of enlightenment to the understanding that unless they price vehicles competitively, they will not see enough shoppers, to make enough sales, to justify their investment. Some dealers, like one-price dealers, are already there, others on their way, and still others kicking and screaming and/or in denial, but all are truly on their way. Simply stated, if a dealer does not ultimately arrive at this conclusion, they will not remain in business. Once a dealer reaches this point of enlightenment, they also must come to the realization that they cannot discount or discount as much as in the past. So if you haven’t noticed, the spread between asking and transaction prices in the industry are narrowing and will continue to do so over time. Given this unstoppable phenomenon, I would strongly recommend to you and others that you learn the discipline of rational pricing and selling with little or no discount. I can personally attest to the fact that when it’s done right, the financial and personal rewards for the dealership, customers and employees are enormous. To state it simply, the question is not if, but only when…now or later.

Thank you for taking the time to write back to me. I see that you are very dedicated to the cause of One Price Selling. You do have valid points, but I do have to ask a question about Generation Y. Since studies seem to prove that Gen Y are not really interested in vehicles and currently the majority of the buyers are over 45, why should we move to sell a product to a generation that will not be buying the product that much?

But as for One price selling, I am all for it. Then it would come down to who provides the best customer buying experience and who has the best trained staff. But I think that there are/will be laws violated when this process becomes as popular as you believe it will be. I know in the past dealers have been slapped on the hand by the feds for trying to use one price pricing on new vehicles as a locked in process.

But Thank you again for writing back. Best of success to you.

I really appreciate all of your thoughts. I would, however, like to make a few points regarding some of your assumptions. First, I almost never recommend to dealers that they convert to one-price. For the reasons that I stated, I believe that it is the most efficient selling model, and ultimately where our entire industry will end up. Even with these beliefs, I recognize that very few dealers actually understand or are prepared to do it properly, and for that reason, I do not prescribe it.

Also, you state that when the one-price environment becomes the norm, it comes down to who has the best customer experience and trained staff, and I completely agree. I also believe that there is yet one more very important differentiator, and that is, who has the most efficient operation. Since one-price selling necessarily entails thin margins, expense control and operational efficiency (i.e. processes throughout the dealership) will be yet another key differentiator.

It should also be noted that one-price selling is not illegal unless the various one-price sellers collude in setting their single price. This is not something that I would ever advocate or anticipate occurring.

Finally, I need to correct your statement that most Gen Y buyers are not interested in buying vehicles. Fortunately or unfortunately, vehicles are a necessity for most people whether they have a high or low degree of interest. I’ll acknowledge that previous generations of America had a love affair with the automobile, and the Gen Y population seems to be much less infatuated, but the fact remains that at least for the time being, car ownership represents the most viable form of transportation for most Americans.

Again, I just want to thank you for the quality of your thoughts and commend you on your curiosity. Asking the right questions is the first essential step to understanding the environment.