A Parallel Between Electronic Dance Music and Retailing New/Used Vehicles

On Sunday, The New York Times published an article about efforts by organizers of the Electric Zoo Festival, a three-day electronic dance music (EDM) event in New York, to curtail drug use among attendees.

A year ago, the event shuttered a day early 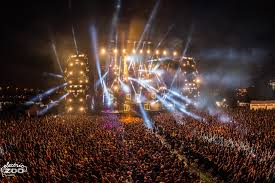 I was drawn to the article both as a parent of a teenage son who listens to EDM, and as a curious fan of music of all types.

“Electronic music is the soundtrack for this generation. In my day, music was a series of short stories, with a beginning, middle and end. But what’s fascinating about Electric Zoo is that what you see are 10,000 kids dancing in unison, without a narrative, and not all hearing the same thing. The paradigm has changed. The Internet has created a collective mind-set of individuals. The audience is now in charge.”

I wasn’t expecting the article to offer any insights about retailing new/used vehicles, but there it was—today’s vehicle buyers are definitely in charge, and dealers who embrace this new reality will fare better than those who resist it.