A New/Used Vehicle Parallel: The Devil (And Your Gross) Is In The Details

Astute Velocity dealers have understood that the “car is the star” in used vehicles.

That’s why they go to great lengths to make sure they acquire vehicles with the color, equipment and trim levels that market data affirms will matter most to potential buyers. To be sure, they still acquire and retail “bread and butter” cars, but they don’t expect these vehicles to deliver the gross profit, or sell as quickly, as units that the market validates as truly special.

In recent weeks, I’ve been struck by the number of dealers who are realizing similar, “the car is the star” insights in new vehicles. 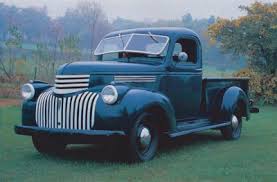 Take John Smith, Jr., owner of the Fort Smith, Arkansas-based Smith Auto Group. Earlier this year, his Chevrolet store had high hopes for the manufacturer’s newly redesigned ¾-ton Silverado pickup. But over the summer, Smith was troubled when he saw the numbers as they sold the trucks.

“I thought, ‘OK, why did we move this truck for this low amount of gross? It’s a pretty hot commodity,’” he says.

After reviewing market data with his manager, Smith and his team realized the problem. “We had the package below where we needed to be in the marketplace,” he says. “We found that in this market, people buying that truck are going all the way and want all the bells and whistles. That takes those trucks to the $60,000 range, which is a pretty steep truck. But they’re selling.”

To be sure, Smith notes the “constraints were on” and “we took what we could get” when ordering the pickups from the factory.

I’ve heard similar insights from dealers using vAuto’s Conquest system. They are now able to see how much color, equipment and trim nuances across model lines make the difference between a “star car” and a “bread and butter” unit that merits a turn-minded exit strategy.

“We’ve moved from having a knee-jerk reaction to keeping a watchful eye on our new vehicle inventory,” Smith says. “A consistent, watchful eye is far more valuable than having something creep up on you and hit you in the head.”