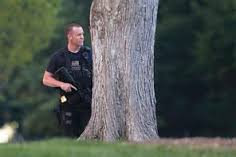 I wouldn’t think that I’d ever find commonality between used vehicles and the U.S. Secret Service.

To be sure, losing one’s focus on used vehicle management processes produces less dire potential consequences than lapses among the elite corps of men and women who protect the president and other federal officials. If you fall asleep at the switch in used cars, you run the risk of lost opportunity and profitability—and it’s unlikely anyone would be physically harmed.

As I pondered the Secret Service snafu, I found two relevant take-aways for dealers:

1. People and consistent process execution are paramount. From what I can tell of the White House incident, it resulted from a breakdown in the fundamentals of day-to-day process execution by people at multiple levels. Dealers face similar a challenge—on any given day, if you or one of your team members misses any of the fundamental steps of the processes that help you retail vehicles quickly to maximize profitability, you diminish your chances of meeting this critical objective.

2. Mistakes can—and will—happen. If nothing else, the Secret Service problems remind us that even the best and brightest can make mistakes. The next challenge for the agency, of course, is to determine why the mistakes occurred and address the root causes to avoid a repeat. The same is true for dealers—even the best and brightest Velocity dealers occasionally fall short of their goals, sometimes due to mistakes that, in hindsight, were avoidable.

Perhaps the words of Winston Churchill offer the right perspective for the Secret Service and dealers as we face the future: “Success is not final, failure is not fatal: it is the courage to continue that counts.”