3 Ways To Confront The Boogeyman In Used Vehicles

A dealer recently took issue with my assertion that the used vehicle business has been suffering from margin compression. 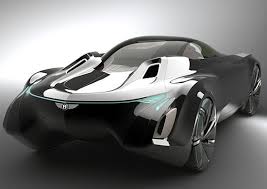 The dealer’s comment underscores what I’d consider a troubling misunderstanding of the harmful effects margin compression creates for dealers in used vehicles. You might even call it a “boogeyman” due to its lack of recognition for some dealers.

Both realities beg the question: Why doesn’t the dealer who challenged my assertion about margin compression recognize the harmful effects it creates for his business?

Part of the answer lies in the dealer’s emphasis on front-end gross profit. He’s still seeing roughly $1,600 per car, and doesn’t feel the effects of margin compression because he’s not looking at the big picture. I would bet good money the dealer would be less satisfied if his parts manager told him the store earned $20 for a $100 part and $20 for a $3,500 engine block.

In addition, the dealer, like many others, is selling more used vehicles. The stronger sales volume also helps mask the effects of margin compression.

I told the dealer he wasn’t alone in thinking that things were actually going pretty well in used vehicles, simply because the front-end gross dollars per car hasn’t changed much. I also shared three must-dos that I believe are necessary for all dealers to maximize the true potential of their used vehicle operations and minimize margin compression:

Pay close attention to your acquisition cost. Some dealers make it a day-to-day priority to monitor the average acquisition cost of their used vehicle inventory. They look at the average dollars spent per car, and the overall cost to market metric for their inventory. With this oversight, they notice right away when a buyer gets goo-goo and pays too much for an expensive car, or an appraiser puts too much into a trade. They start asking questions. They want good reasons why they buyer or appraiser effectively put the vehicle’s profit potential at risk. Such conversations, which are most effective when constructive rather than critical, tend to focus everyone’s attention the goal of pressing down costs to preserve front-end margin.

Hold your people accountable. It’s absolutely essential that buyers and appraisers understand the reality of today’s market—it doesn’t forgive when you over-pay for a vehicle. In addition to the conversations noted above, the best dealers keep a running tally of each buyer and appraiser’s ability to meet the dealership’s cost to market acquisition targets. Some dealers go further, and include this metric in pay plans, often as a bonus if the individual beats the benchmark.

Press down reconditioning costs. I like the way a Midwest dealer tackled this challenge. He sat down with his General Manager (GM), and the used vehicle and service managers. They reviewed 200 reconditioning repair orders, and itemized the top 25 most-frequently used parts used, the 10 most-frequent sublet jobs and the average effective labor rate. Next, the dealer conditioned monthly bonuses on the three managers working together to knock 15 percent off the cost of the parts, a 10 percent reduction in sublet costs and a 2 percent reduction in the effective labor rate. The dealer reports that these efforts have helped him generate an additional $200 per vehicle in front-end margin.

As our conversation wrapped up, the dealer said he understood the choice: He could either confront margin compression or go on believing it doesn’t exist or matter too much.

“You’re right, Dale,” the dealer says. “There is a boogeyman out there. We could and should be doing better than $1,600 per car.”