It’s not uncommon for dealers and used vehicle managers to complain that “we have to pay too much” to acquire auction vehicles. 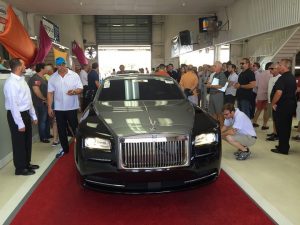 On one hand, I get it. The auction environment is one where complaints about cost are a natural reaction: It’s your imperative to acquire a vehicle for as little money as possible. Then, bidding starts and your numbers just don’t add up to what’s happening in the lane. On top of that, if you do make a purchase, you’ve got other costs for the actual transaction, inspections, transportation and other factors.

In some ways, it’s no wonder that nearly every dealer I talk to believes “we have to pay too much” for auction vehicles.

But the complaint starts to ring hollow when you drill into the specific ways many dealers determine what they should pay for an auction vehicle, and how effectively they stick to their acquisition game plan when they’re in the lanes and online. In my conversations with dealers, I’m often able to find three areas where dealers could do a better job identifying and sizing up potential auction purchases and making more investment-astute purchase decisions.

The size/scale of your sourcing network. An independent dealer outside Minneapolis recently shared that he’s cut his acquisition costs auction cars by about 10 percent in the past six months. How? The dealer is looking for specific units across a wider network of auction sources. “I never really looked beyond our local auctions,” says the dealer, who retails about 80 units a month. But, with the help of technology that shows him available vehicles across the country, he’s buying vehicles from auctions he never previously considered. “I bought a mini-van from Phoenix the other day for 15 percent less than I could have acquired it here, even with transportation,” he says. “I used to think I didn’t need to go beyond my backyard, until I saw the cars.”

Vehicle financials. It’s increasingly common for dealers to use a “retail-back” approach to determine how much they can pay for a particular auction vehicle. That is, they’ll assess the current retail market, the competing cars and prevailing retail prices, and then subtract their expected gross profit and related costs (e.g., buy fees, recondition, packs, transportation, etc.) to figure out how much they can pay.

When dealers complain “we have to pay too much” for auction vehicles, I’ll ask to unpack their formula to assess an auction vehicle’s financials. In many cases, I’ll find sizable allowances for front-end profit, reconditioning and packs. For example, a used vehicle manager at a Southwest Toyota store approached every car with a $2,000 front-end gross profit, $900 for reconditioning and an $800 pack. I asked the obvious question: “How often do you find vehicles where these numbers actually pencil out?” His response: “Rarely, if ever.”

After some discussion, the manager agreed that his formula for auction vehicle financials needed a make-over. For starters, we aligned his front-end profit expectations with his current front-end retail average (a $450 difference). We did the same thing with reconditioning (a $200 difference). We also agreed that he’d be better off with a lower pack for auction vehicles, something he pledged to negotiate with his dealer. In the end, the manager agreed that if he’d been using his revised formula, he’d likely be complaining less that “we have to pay too much” and he’d be a more efficient and productive auction buyer.

Purchase discipline. “I’d get so impatient, and tired of losing cars, I’d just buy them.” So goes the reaction of many dealers and used vehicle managers to today’s auction-buying experience. The problem, of course, is this frame of mind often results in paying too much for auction vehicles. The key? Sticking too your guns, even if it causes anxiety and heartburn. The fact is, used vehicle margins in today’s market are too thin to let emotions cloud a good investment decision. In addition, it’s important that dealers recognize there are, in fact, perfectly good reasons to seemingly “pay too much” for a particular car. “I’ll pay extra for a vehicle with a Market Days Supply below 70,” says the used vehicle director at a three-store group. “I’ll make a little less on the front-end, but I’ll sell the car quickly and pick up back-end and service gross. I’ll take that deal all day long.”

In the end, my goal in sharing these points isn’t to diminish the difficulty of properly (and profitably) acquiring auction vehicles. It’s really to suggest that when you consistently hear the “we have to pay too much” for auction cars complaint, it’s likely a symptom of a self-inflicted problem.