4 Ways To Increase Profitability In 2017

It’s not a very pretty picture when you open the hood on dealer financials in new and used vehicles.

I know. That’s an awful lot of numbers. I apologize for the financial minutiae.

But I think anyone who carefully absorbs these numbers can only come to one conclusion—dealers are investing more in the new/used vehicles they sell, spending more to operate their stores, and reaping ever-smaller rewards for the privilege of being an auto retailer. 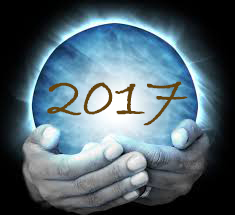 As I look ahead to 2017, I don’t think anyone believes these financial realities will get any better, particularly as predictions for a softer new car market, and a more challenging used vehicle market, increasingly appear likely to prove true.

So what can dealers do to increase profitability?

I don’t think the answer lies in cost-cutting. Yes, the rise in total expenses may reflect some ill-advised spending by dealers. But, as a whole, I believe the expense increases reflect the ongoing costs of being a dealer in the 21st century. As a result, it’s difficult for me to see how even Draconian expense reductions would provide significant margin relief for dealers.

To me, the answer to the profitability question lies in dealers achieving increased efficiencies in four key areas:

Inventory management: In the coming year, it appears less likely that dealers will be blessed by ever-growing demand for new/used vehicles. This reality means dealers must find a way to increase sales velocity on their own accord—by knowing what the “right car” means for new and used vehicle buyers in their market, obtaining these vehicles as cost- and time-efficiently as possible, and getting them on the front line and online in less time than it takes today, with merchandising, pricing and promotion that reflects the need for a faster pace of retail sales.

Customer experience: If you haven’t begun to shrink the time you require of customers to purchase a new or used vehicle, the time has come to make this a priority. Progressive dealers use a combination of the right cars, transaction-transparent pricing and online e-retailing tools that give buyers a sense of confidence and control. By design, these measures minimize the time required to complete deals in the showroom and yields more profitable transactions.

Marketing: Between the end of 2013 and 2015, the NADA data shows that dealers still pay an average of $607/car in advertising expense. To me, this is a head-scratcher. With less costly (and ostensibly more effective) digital advertising at their disposal, shouldn’t this per-car cost be trending downward?  To me, the same-same nature of this expense cries of inefficiency: Dealers are investing in the wrong advertising channels and/or rendering the right investments less effective through ineffective execution.

People: Turnover remains a persistent problem for most dealers, particularly in variable operations. If you ask the experts, the problem owes to poor hiring decisions/process, a dearth of clearly defined career paths, income uncertainty, and unrealistic work schedules. Dealers who successfully reduce turnover typically address each of these areas, and end up with happier, more productive and profitable employees, as well as improved customer retention and satisfaction.

The good news here is that all of these efficiency opportunities exist, in some form or another, for virtually every dealer. Better still, these opportunities fall directly under a dealer’s control and discretion—making increased profitability in the coming year a matter of choice and priority.

Happy holidays to all. See you in the New Year!