A Key Problem-Solving Lesson From A Respected Diplomat

I had the opportunity to take in a speech this week from former Ambassador Dennis Ross.

Ross is a unique person. He’s served as a diplomat under three presidential administrations. He was a key player in Middle East peace talks for Presidents George W. Bush and Bill Clinton. He also served under President Barack Obama’s administration on the National Security Council as a special assistant and senior director for the Central Region, which includes the Middle East, the Persian Gulf region and Southeast Asia. 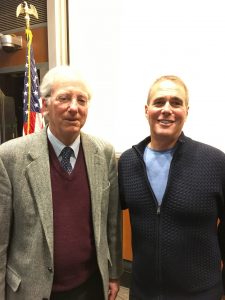 Ross spoke to offer his perspective on the challenges President Donald Trump will face in foreign policy, specifically related to countries in the Central Region, and promote his latest book, “Doomed to Succeed: The U.S.-Israel Relationship from Truman to Obama.”

Ross said President Trump will “confront the greatest set of challenges (in the region) than any of his predecessors.” He went through the list of currently unstable states—Syria, Iraq, Yemen, Egypt, Libya and others. He highlighted the complexity of the competing interests and players involved in each.

But Ross’ perspective on how President Trump, or anyone, should approach these problems struck me as the most compelling take-away from the presentation.

His central point boiled down to this: Today’s solutions can easily become tomorrow’s problems—a scenario that’s more likely to prove true if you don’t at least consider and try to think through the unanticipated and unintended consequences before today’s decision becomes final.

For example, in Syria, Ross believes the extremist group ISIS will eventually be defeated, and the conflict over current President Bashar al-Assad’s rule ultimately resolved. But those developments are only the first steps. The real work, and “victory” as Ross put it, comes when you’ve rebuilt a stable society with proper government, laws, resources and security that ensure the safety and welfare of the people. If any one of those rebuilding efforts fails, conditions are once again ripe for instability and unrest.

I found Ross’ point highly relevant, both for myself and dealers at large. As a group, we pride ourselves on our instincts and abilities to make quick decisions. We thrive in the moment, and don’t often consider consequences until they arrive at our desks.

But we’re working in an increasingly complex, fast-changing and inter-connected business. To be sure, it’s less volatile and consequential than any of the situations Ross described in the Middle East.

Still, as I left the auditorium, I found myself thinking: Have snap judgments outlived their usefulness?