Let’s imagine there are two dealers in the auction lane, bidding for the same car.

The first dealer wants the car because he’s sold a few of the same units recently, and did pretty well in terms of front-end gross. The three-year-old car has about 40,000 miles, and looks/smells pretty good. The CARFAX notes the car is “clean,” with “one owner.” The dealer’s checked NADA and MRR values, and thinks he can bid up to $17,300 for the vehicle, essentially the mid-point between the wholesale benchmarks, and make an estimated $2,000 front-end gross profit.

The second dealer has similar past experience with the vehicle, and also thinks it’s a decent car. Like the first dealer, he knows the vehicle’s retailing for roughly $19,500 in his market. But he also knows something else about the car the other dealer doesn’t. The vehicle has a respectable Market Days Supply of 55—a semi-fast seller if he prices it right. 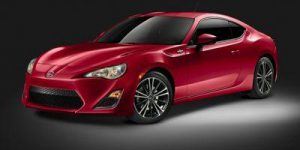 The first dealer bails out when the auctioneer asks for $17,700. The second dealer raises his hand and owns the car.

While this scenario is fictional, it represents three important facets of sourcing auction vehicles in today’s market:

In the months ahead, dealers will likely see even more competition in the lanes and online. The reason: As new vehicle sales decline, and draw even fewer trade-ins, dealers will turn their attention to auctions for the inventory they need to achieve their goals for increased sales and profitability in used vehicles and beyond.

This outlook begs a question for every dealer: What new insights, perspective and tools will you use to ensure you know the exact auction vehicles to pursue and make your money every time you acquire one?