Temptation Abounds. Will You Bite?

‘Tis the season for temptation in used vehicles. 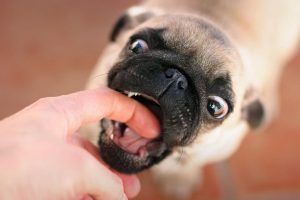 It’s that time when some dealers stock up on used vehicle inventory in advance of the annual rite of spring-fed retail sales.

I got a note today, in fact, from a dealer who’s contemplating bulking up his inventory even earlier this year, given recent softening of wholesale prices.

I had to ask the question: “How did that work out for you last time?”

The answer wasn’t surprising. Last year, the dealer began acquiring more inventory late January to ensure he had enough vehicles to meet anticipated demand in early March. But, “by the end of February, the wholesale market had increased and we were selling aged units for less than it cost us to acquire inventory,” he says.

The dealer’s experience is not unlike those I’ve gleaned in conversations from other dealers. To an individual, they all admit that previous attempts to speculate on an expected uptick in retail sales often don’t pan out the way they thought they would.

Take this experience from a Texas dealer, who bulked up his inventory in anticipation of selling more used vehicles to replace those lost in Hurricane Harvey.

Indeed, the dealer sold more retail units, but he also suffered a hangover effect—a preponderance of 70-day and older vehicles he was forced to list at “fire sale” prices at the end of the year to get out of them. The upshot: The losses on the aged units effectively wiped out any gains the dealership realized from succumbing to the temptation to speculate.

“We thought the buying frenzy was going to last longer than it did,” the dealer says. “The projections of 750,000 to 1 million totaled cars wasn’t. Right now, we have 30 units on fire sale to get out of them. We just projected wrong.”

Such experiences have led me to conclude that dealers simply aren’t as good at gambling or speculating on future retail sales as they think. In fact, I’d assert that these attempts to play the market only pay off about 50 percent of the time.

Unfortunately, dealers often don’t remember the 50 percent of the times their speculative efforts don’t work, especially when they’re facing a fresh temptation to repeat the cycle.

On some level, the inability to resist this temptation is understandable. Dealers and used vehicle managers are typically individuals who like to gamble and take risks—witness the shoulder-to-shoulder blackjack tables after hours at any NADA convention in Las Vegas.

But I would suggest that dealers should strive to resist the temptation to speculate for the following reasons:

The bottom line is that the best dealers today are used vehicle retailers, not speculators. They don’t consider hope as a viable strategy for success. Rather, they focus their efforts on retailing everything they can in the current market. This strategy puts them ahead of competitors who can’t resist the temptation to speculate and too often get bogged down with the bad results.