I’ve heard more complaints lately from dealers that it seems impossible to acquire wholesale inventory and make the front-end gross profit they expect.

Indeed, if you compare the typical Cost to Market metrics for purchased and trade-in units, you can see why some dealers are complaining. 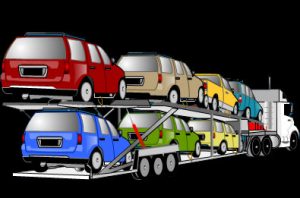 The typical Cost to Market range for auction-purchased units tends to run between 85 percent and 90 percent (a ratio that includes the cost to acquire the vehicle, buy/transportation fees and reconditioning estimates).

Meanwhile, dealers who acquire a higher percentage of trade-in units (based on their look-to-book ratios) tend to bring in these vehicles at a Cost to Market range between 80 percent and 85 percent, or even less.

This Cost to Market disparity between purchased and trade-in units can mean as much, and sometimes more, than a 10 percent difference in the potential margin, or spread, between the cost to acquire the units and their prevailing retail asking prices.

When dealers ask me for advice on how best to deal with this disparity, I’ll share three pointers:

1.  Recognize the reality. The Cost to Market differences shouldn’t surprise anyone. Since the dawn of the used vehicle business, dealers are more likely to acquire the most cost- and profit-favorable inventory at the curb, rather than the auction. But auction vehicles are a necessity for most dealers if they want to maintain their retail sales volumes. You can’t sell the cars if you don’t have them, and it’s unlikely that most dealers will be able to acquire all the inventory they need from trade-ins.

In such circumstances, even if a vehicle’s Cost to Market parameters aren’t as favorable as you’d like, the opportunity to retail the unit, and generate additional gross profit in service/F&I and potentially secure another trade-in vehicle, can outweigh the inherently higher acquisition cost.

2.  Avoid the “pride trap.” It’s not uncommon for used vehicle managers and buyers to come back from an auction, feeling pretty proud of what they purchased. Such is the psychological nature of the auction-buying format. Your bid is the winner! But, on the other hand, your winning bid might also mean you simply paid more than anyone else to acquire the vehicle.

To test this dynamic, I’ll sometimes compare the Cost to Market ratios for essentially identical vehicles a dealer acquired via auctions and trade-ins. The comparison typically reveals the Cost to Market disparity noted above—the cost of the purchased unit runs about 10 percent higher than the trade-in. I’ll note that this finding doesn’t necessarily suggest cause for pride. Rather, it’s a reflection of the wholesale market’s efficiency, and the inherent advantage trade-in opportunities offer dealers.

3.  Focus on faster sales velocity. Ideally, there shouldn’t really be any difference in the number of days it takes to sell purchased or trade-in units. Time is money with every used vehicle and, given the Cost to Market disparity between purchased and trade-in units, it’s even more important that you retail auction vehicles as efficiently and fast as you can.

But here’s the reality in inventories across America: Purchased units typically take longer to retail, and they often make up 70 percent to 80 percent of a dealer’s aged vehicles.

You can usually trace this problem back to the “pride trap” noted above. When used vehicle managers are too proud of a purchased unit, they’ll set an initial asking price higher than it should be, given competing units in the market and the unit’s initial Cost to Market ratio. Such decisions make the vehicle less appealing to price-smart buyers, and slow its eventual retail sale.

Top-performing dealers mitigate this temptation by striving to maintain at least 55 percent of their inventories under 30 days of age. These dealers will also strive to keep their days to sale average consistent across their purchased and trade-in units. Both types of oversight tend to drive more market-realistic pricing decisions that maximize every unit’s front-end gross profit potential and sales velocity.

Dealers who make these pointers part of their wholesale acquisition process tend to complain less about the high cost of purchased units. Instead, they focus on the age-old principle that “you make your money when you acquire a vehicle” and manage each investment, regardless of its source, to preserve and produce the maximum profit possible.