Around this time every year, I hear dealers and used vehicle managers acquiring additional inventory in anticipation of buyers with tax refunds looking to purchase used vehicles.

Every year, I caution against this practice for two reasons:

First, the stock-ups often result in pile-ups of aged vehicles. 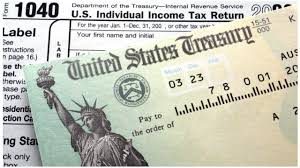 The retail sales dealers believe will arrive often don’t and, if they do, they’re less plentiful than you anticipated. Inevitably, used vehicle managers end up making drastic price cuts to find buyers, and the whole gamble doesn’t quite pay off.

Second, the stock-ups effectively amount to speculation. In most instances, there isn’t any clear-cut market data that would suggest imminent, incoming demand. Dealers and used vehicle managers are playing a hunch that isn’t justified by the facts at hand. In fact, I’ll often find the decision to stock up on inventory owes almost entirely to a memory of past tax seasons where the gamble paid off (even if, after working through the pile-up of aged or distressed vehicles, it really didn’t).

This year’s not much different, it seems.

Earlier this week, I spoke with a Midwestern used vehicle manager who’s worried about the 30-plus off-lease pick-up trucks his dealer decided to purchase to get ready for tax season. The manager seems to know something the dealer doesn’t—the Cost to Market ratios required to acquire the units will leave little, if any, front-end gross if/when the units sell.

But there’s a new wrinkle this year that I don’t remember hearing about in recent years past. That is, the tax refunds that are supposed to drive used vehicle purchases aren’t what many taxpayers expect.

This week, articles in the Chicago Tribune and New York Times highlight how the average tax refund for 2018, so far, is smaller than the amounts taxpayers received in the past. The stories also discuss how some taxpayers, who previously received refunds every year, now owe sometimes significant sums to the Internal Revenue Service.

The disparity between what taxpayers expected to receive, and what they’ll get or need to pay, this year seems to owe to a lack of understanding of how the tax law changes in 2017 would play out—despite coverage back than that suggested taxpayers should at least revisit their deductions and withholding levels to avoid future surprises.

Whatever the case, it seems to me this year’s tax season carries a cloud that may rain on dealers and used vehicle managers who stocked up in anticipation of buyers flush with refunds looking to buy their vehicles.