Note: The following is the first in what I intend to be an ongoing series that details best practices, key insights, lessons learned and retail results of dealers who are putting ProfitTime into practice at their stores.

There are typically two pricing hurdles dealers face right away when they implement Provision ProfitTime.

The hurdles aren’t easy to overcome. But, once dealers get past them, 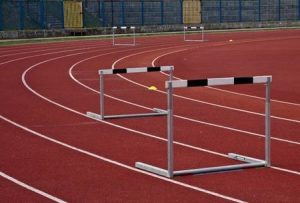 the pain they may endure quickly turns to opportunity.

Hurdle 1: Pricing the disproportionate share of distressed, often aged, vehicles in their inventories appropriately to the market and an individual unit’s investment value.

Hurdle 2: Pricing their best investments less aggressively to take advantage of the fact that they can afford to give these vehicles more time on the market.

Some quick background: In ProfitTime parlance, the first hurdle addresses Bronze vehicles that typically make up about 45 percent or more of a dealer’s inventory. The ProfitTime system measures these vehicles’ individual investment values by combining the Cost to Market ratio, like-mine Market Days Supply and recent sales volume to determine a score. In ProfitTime, Bronze vehicles are the lowest investment class. They earn scores of 1 to 3 on the system’s 12-point scale.

The second hurdle pertains to inventory ProfitTime determines to be Platinum. These vehicles typically make up between 5 percent and 10 percent of a dealer’s inventory. Platinum vehicles earn scores between 10 to 12, and represent the units that offer the highest appeal and profit potential for dealers.

Dealers become aware of these hurdles quickly as they view their inventories through ProfitTime’s investment value lens.

Let’s address the hurdles, and the opportunities they represent, respectively:

“I thought, ‘Boy, I’ve got an awful lot of Bronze vehicles,’” says dealer Jim Blickle of Performance Toyota, Sinking Spring, PA, when he first turned on ProfitTime at his store, which retails about 100 used vehicles a month.

Blickle’s inventory looked like many other dealers—nearly half of his roughly 125 vehicles were Bronze units. They represented a mix of fresh and distressed units.

Pre-owned sales manager Mark McQuaid at RBM of Alpharetta, a Mercedes Benz store that averages 100 used vehicle sales/month, found a similar situation. Bronze vehicles represented the largest share of his inventory. These vehicles were often, but not always, his oldest vehicles.

Both dealers then began the difficult work of pricing their Bronze vehicles more appropriately to the market to improve the overall investment health of their inventories—and taking the pain this necessary step creates.

These adjustments, spread out across 40, 50 or more vehicles, add up quickly—and dealers and managers know it.

“It’s hard take that aged Bronze inventory right off the bat and slash our prices,” says Lisa Groleau, sales manager for Bill Marsh Automotive Group, Traverse City, MI. “Why? Because we know what we own it for. Every time you look at what you own the vehicle for, it makes it hard to price it right the first time. It’s our own egos.”

I call this “taking the medicine” when I speak to dealers interested in ProfitTime, and those who’ve begun using it.

In some ways, the initial price-reckoning with Bronze vehicles is like going on a diet or breaking a bad habit. You’ll typically feel a little worse before you start to feel better.

“We learned that it’s really about the entire model,” Groleau says. “Until you do it for 30 days, you’re not going to see success. But when you hit the 30-day mark, it’s almost instantaneous. It’s like, this is incredible. I’m on to something.”

Blickle reports that after making the price adjustments to his Bronze vehicles, they are turning more quickly than other inventory segments, and producing better front-end gross profits than they would have under his previous pricing strategy. McQuaid sees a similar dynamic at his dealership.

Across the country, I’ve seen the average Price to Market ratio for Platinum vehicles run close to 95 percent. But these vehicles, because of their strong investment value and market appeal, should be priced closer to 100 percent, if not higher, depending on each unit’s competitive set and market conditions.

On some level, you think it’d be super-easy for dealers to mark up vehicles to maximize their front-end gross profits.

But it’s not as easy as you think, and some believe it’s just as difficult as taking the medicine on your Bronze vehicles.

“It’s equally difficult for Velocity dealers, since we’ve been trained to not worry as much about front-end gross, to mark up your Platinum cars,” Groleau says. “You have it in your head that you only need to make so much, so you set your price and move on to the next car to free up that floorplan.”

Blickle faced a similar issue. As a Velocity dealer, he cared about how he owned a car, but it wasn’t a driving force in his pricing strategy. With ProfitTime, his thinking has changed.

When dealers overcome the Bronze and Platinum pricing hurdles, they begin to see how ProfitTime is helping them improve front-end gross profits and increase sales volumes—something many hadn’t considered possible in today’s margin-compressed market.

“When we started with ProfitTime, I thought maybe we’ll turn cars a little quicker and maybe we’ll pick up some gross profit,” Blickle says. “The one thing I was not expecting was a dramatic improvement in my front-end profit. If you would have told me I could raise my grosses by $300 to $500, I probably would have bet against you. We’re thrilled.”

In my next post, we’ll examine how ProfitTime is helping dealers transform vehicle appraisals and set a better stage to sell more used cars and make more money.