It’s refreshing to see what might be called a boost of confidence among dealers related to their used vehicle departments. Dealers are seeing surprisingly strong retail sales volumes, and many believe they could sell more cars if they had the inventory to make deals.

This dynamic makes sense if you look at the number of used cars in dealer inventories across the country. Cox Automotive data shows that the dealer day supply 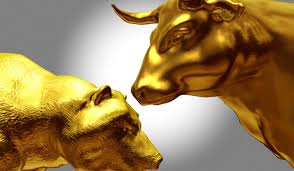 of used vehicle inventories is at its lowest point in at least a year—32 days currently versus an average of 44 days in 2019. If I were still a dealer, I’d probably have the same reaction many dealers are having when they arrive for work: “Man, we’re light on cars. We need more.”

Such reactions help explain why Manheim’s virtual auction lines have been quite busy. There are more buyers, more bids and higher transaction prices. The activity has dramatically reduced the day supply of wholesale inventory, which peaked near 140 days in early April, and now runs nearly 39 days. For comparison, Manheim’s day supply of wholesale inventory averaged 22 days in 2019.

But while the retail and wholesale markets are showing signs of strength, I worry that many dealers are giving the current conditions too much credit and are returning to auction to buy more cars with the belief that the next 30 to 60 days will be as robust as the past 30 to 60 days.

Here’s why I’m worried about a too-bullish view of the used vehicle market: If you look at retail sales over the past month, they have remained relatively strong but the rate of improvement, or their return to what might be considered normal for this time of year, has plateaued. We are no longer seeing retail sales activity rise from one day to the next. Instead, we’re seeing some days when retail sales decline.

To be clear, I’m not suggesting that retail sales are in decline. The current plateau only indicates that sales aren’t climbing the way they have been. But I am concerned where retail sales will be in the next 30 to 60 days. After all, it appears that much of the recent rise in retail sales activity resulted from federal stimulus checks rather than a fundamental improvement in market conditions.

Due to this questionable near-term outlook, I’ve been encouraging dealers to be more bearish, and less bullish, as they return to auction. Whenever a dealer tells me they’re going out to buy more inventory, I offer the following recommendations:

Tie your acquisitions to recent sales activity. As a rule, I’m encouraging dealers to maintain their inventory levels in accord with their rolling 30-day total of retail sales. If the rolling 30-day total shows you’ve sold 50 cars, and you’ve got 40 in stock, you’ve earned the right to acquire another 10 units. I might even suggest that dealers in this situation only acquire five more units as a hedge against getting caught with too many cars if retail demand drops off.

Buy the cars you need in smaller batches, more often. When dealers are feeling bullish about buying cars, it’s not uncommon that they’ll acquire a bunch all at the same time. In normal conditions, there’s nothing wrong with this approach. But, in the current environment where wholesale prices are climbing, and retail demand is uncertain, a more circumspect and staggered approach to replenishing inventory prevents buying a lot of vehicles at precisely the wrong moment.

Be careful about replenishing your inventory with near-new “switch cars.” Some dealers are actively buying every in-brand, late-model used vehicle they can find in anticipation of a new vehicle inventory shortage as the new vehicle market gains steam again. Here again, I’d urge dealers to proceed with caution for two reasons. First, a shortage of new vehicle inventory may not be as bad as some believe. And, second, it’s important to remember that just because you have a used car that’s comparable or even identical (aside from the model year) to the new car a buyer wants, there’s no guarantee the buyer will switch to your used car.

As I share my recommendations with dealers, some push back. They say I’m offering a recipe that will result in missing retail sales due to not having enough cars to sell. I get it. These dealers could be right. I may be overly concerned about the strength of future retail demand and too bearish or conservative in my prescriptions for stocking cars.

But I would counter that missing a few deals is a much smaller price to pay than the cost of having too many cars you paid top dollar to acquire in a market where no one wants to buy them.