I’ve noticed what might be considered a case of bipolarity in used vehicle inventories at dealerships across the country.

On one hand, there’s a sizable share of vehicles dealers purchased a month or so ago, before the wholesale market heated up, and we saw an unprecedented gap between wholesale and retail prices. Dealers who were fortunate to acquire this inventory owned 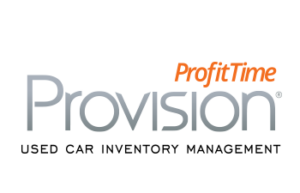 their cars really “right.” In the context of Provision ProfitTime, these vehicles rank as Gold and Platinum investments. These are cars where dealers have the opportunity for significant front-end margin when they retail.

On the other hand, dealers also have a sizable share of inventory they acquired more recently—after the wholesale market heated up and the gap between wholesale and retail prices effectively evaporated. In some cases, dealers are forced to pay the equivalent of retail prices for vehicles they’re trying to acquire in the wholesale market. In the context of ProfitTime, a majority of these vehicles rank as Bronze units and consequently represent troubled investments, where margin for front-end gross is thin, if there’s any at all.

This current state of bipolarity in the used vehicle market is unquestionably an unavoidable consequence of unprecedented turmoil in recent months. If you think back to late March/early April, the value of used vehicles declined an average of 12 percent almost overnight as the wholesale and retail markets effectively came to a stop. A few weeks later, things turned in a more positive direction. Dealers were retailing cars and returning to auctions to get more inventory.

In my 40-plus years in the car business, I have never seen such fast-moving, wild swings in the used vehicle market. I can recall some memorable economic-, season- and storm-related shifts in the market. None of these arrived quite so suddenly and on the scale of significance that we witnessed as the COVID-19 pandemic stretched across the country.

In and of itself, the bipolarity of dealer inventories isn’t a problem. It’s merely a condition or consequence caused by current circumstances.

But I am finding a problem with the way dealers are managing the bipolar nature of their used vehicle inventories. In some cases, dealers are doing exactly the opposite of what they should be doing with the cars that rank as their best and worst investments.

Take the cars dealers acquired when buying conditions were ideal, and you could get Gold and Platinum vehicles at auctions without too much trouble. Today, these vehicles still represent sound investments, but dealers aren’t pricing them to achieve their maximum return on investment value. Instead, dealers appear to be pricing them to sell too quickly, which means they’re leaving money on the table. I see the evidence of this dynamic in the days to sell metrics for inventory investment classes. That is, dealers are pricing their Gold and Platinum vehicles to sell at a faster rate than their Bronze (and sometimes Silver) investments.

The opposite situation seems to be occurring with the more recently acquired Bronze units. For many dealers, these are fresh cars that they wish they could have acquired for less money. Now, after they own them, they are pricing them to make the gross profit they expect—without considering (or perhaps ignoring) the fact that the vehicles entered their inventories as distressed units. I see evidence of this dynamic in the days to sell for Bronze vehicles. In some cases, Bronze vehicles take twice as long to retail as long as Gold and Platinum vehicles.

I understand why dealers seem to be mismanaging the bipolar nature of their inventory investments. It boils down to following traditional inventory management instincts.

If dealers own a vehicle “really right,” their natural inventory management instinct is to price the vehicles to sell quickly. Meanwhile, on the other pole, it’s instinctive for dealers to over-price vehicles they believe they paid too much to acquire. Dealers want to give these “fresh” vehicles a shot to make gross profit, even though each vehicle’s investment value suggests that the ability to make gross is, to put it politely, a long shot.

In my view, the best way to find proper balance in the current bipolarity of dealer inventory investments is to move past traditional inventory management in favor of more proactively managing your inventory investments, using a tool like ProfitTime. When this shift occurs, dealers are better able to know where each vehicle stands as an investment from the moment they choose to own it. Next, they can make immediate peace with the truth—a right-away reckoning that tends to bring more favorable consequences than waiting on the retail market to reveal the truth about a vehicle’s investment value for you.