There are two trendlines in the used vehicle market that merit every dealer’s attention. 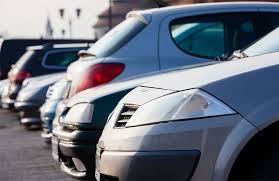 more used vehicles than they did in February, just before the COVID-19 pandemic hit the country. It was a go-go time to sell used cars. Dealers were hungry for inventory, and their return to auction lanes advanced a rise in auction prices.

But as of early this week, the rolling seven-day average shows dealers are selling 10 percent more used vehicles than they did prior to the pandemic cooling off in retail sales. The slight softening in sales suggests that while retail demand remains robust, its strength may be diminishing as consumers contend with the economic fall-out of the pandemic.

In a webcast this week, Cox Automotive chief economist Jonathan Smoke relayed that the retail market has “definitely lost momentum.”

This week, the dealership days supply increased to 35 days. In and of itself, the increase isn’t a big deal, particularly since dealers’ inventories remain well below the nearly 45 days supply average dealers maintained in 2019. Further, we know that dealers aren’t capturing as many trade-ins as they normally would this time of year, and auctions are seeing record numbers of buyers and bids for vehicles. Manheim reports that the number of bids on vehicles has tripled, a sign that dealers are hungry for inventory.

The trendlines give me pause when you consider them together. On one hand, retail sales appear to be declining and, on the other hand, dealers’ inventories are increasing. The divergence, in the present moment, is not a cause for alarm, but it is most definitely something dealers should watch closely.

I say this because, historically, when dealers are in the middle of a strong period of retail demand, which is exactly what we’ve seen the past two months, their natural tendency is to keep the good times going. They continue to buy inventory with the expectation that retail sales will at least maintain their current pace.

I would add that dip in the rolling seven-day average of retail sales across the industry might be a blip. Here in the Midwest, we’re seeing a consecutive string of days with record-setting heat and humidity levels. I suspect some buyers are simply waiting for better weather.

But we also know that millions remain unemployed, and their federal unemployment benefit and bonus checks won’t last forever. Further, it appears that COVID-19 is on the rise again, forcing retail shutdowns and social distancing requirements in places that reopened (and in some cases never closed). These circumstances lead me to wonder if even another round of federal stimulus would be enough to keep retail demand from declining even further.

If I were a dealer today, I’d most definitely continue acquiring the inventory I know I need to satisfy current retail demand. But I would not allow my acquisitions to inflate my inventory beyond my rolling 30-day total of retail sales. If I’m selling 100 used vehicles a month, I would do my best to maintain 100 units in stock.

As I’ve mentioned before, this strategy of aligning inventory size to your rolling 30-day total of retail sales may cost you a deal or two. But I’d submit those opportunity costs will be far less significant than the cost of carrying too many vehicles when buyers either aren’t interested in or can’t afford the cars you’re trying to sell.