Early Signs of a Market Moving to More “Normal” Dynamics

When you boil eggs or pasta on a stovetop, there’s a point when it’s wise to lower the heat to avoid a boil-over. You shouldn’t drastically reduce the heat; you lower it just enough to prevent the boil-over and maintain the cooking process. 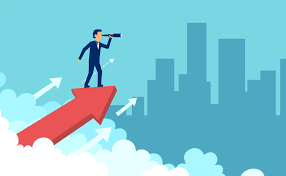 market, particularly for dealers who have been stocking their inventories to achieve a 60- or even 90-days supply of vehicles. These dealers should at least consider lowering their inventory levels to a 45-days supply, or even less–the equivalent of reducing the heat on the stove to prevent a boil-over.

This week, Cox Automotive’s wholesale market data suggests that the rapid acceleration of wholesale vehicle values we’ve seen in the past 60 to 90 days has reached its peak. Historically, when such valuations rise and peak, we know that wholesale values are likely to continue to rise for the next six to eight weeks. The difference, though, is that the rapid rate of appreciation we’ve seen in recent weeks has begun to slow down. By the end of summer, analysts expect some wholesale value depreciation to return and move the market off its current high point.

At the same time, retail trendline data suggests that the rapid rise of retail demand that’s occurred in the past 60 to 90 days has also peaked. Analysts expect retail demand for used vehicles to remain strong, but they don’t expect the month-over-month growth of consumers looking to purchase used vehicles to continue.

The twin peaks in the wholesale and retail markets means that the favorable conditions that enabled dealers to speculate and stock inventory ahead of their rolling 30-day average of retail sales have begun to wane. This week, I spoke to an independent dealer in the mid-Atlantic who began stocking up on cars at the end of 2020. He entered 2021 with a roughly 120-days supply of used vehicles. He’s sold virtually all of them, making handsome profits in the process.

Today, he’s back to a more disciplined stocking strategy. “We gambled big and it paid off,” the dealer says. “I’ve got about a 45-day supply on the ground now, and I expect to be at a 30- to 35-days supply by the end of May.”

The dealer’s decision to reduce the heat on his stocking strategy strikes me as smart, given the wholesale and retail trendlines. If a dealer has a 60-day supply of vehicles on the ground today, it’s likely that some of those vehicles won’t produce their expected gross profits or investment returns when they sell in late June or early July. By then, it seems reasonable to expect that retail demand won’t be quite as strong.

Given these conditions, I’ve been advising dealers to proceed with care and caution as they re-stock their inventories. The market appears to be past the point where you can acquire vehicles today and expect their values to appreciate as much, if at all, over the next 30 to 60 days as they have in the recent past. Similarly, as the positive effects of stimulus payments and tax refunds wear off, there’s no guarantee dealers will be able to continue putting almost any price on a used vehicle and seeing it sell quickly.

Perhaps the most telling signs that the wholesale and retail markets are returning to what might be regarded as more “normal” conditions will arrive in dealer inventories, through key metrics like average days to sell, average age of inventory and Market Days Supply. For the past three months, it’s almost as if these metrics didn’t matter. Dealers have been able to sell inventory quickly, despite what might be considered the moonshot prices I wrote about earlier this month. At the same time, I’ve never seen Market Days Supply metrics for vehicles, and overall inventories, dip as low as they have been in recent weeks. A used vehicle inventory consultant summarized the phenomenon nicely: “A Market Days Supply of 30 is the new 60.”

But as more normal dynamics return to the wholesale and retail markets, we can expect that each of these three metrics will start to rise–just like boiling water that’s reaching the top of a saucepan.

That’s what makes the current moment critical for dealers. The trendlines suggest we’re in the early stages of a transitioning used vehicle market. Historically, dealers tend to miss the early moments of a market transition, and only recognize the market’s changed after it’s too late to make meaningful operational adjustments. My hope is that this post gives dealers ample notice to avert what might be a boil-over in their used vehicle departments in the coming months–where they have too many cars purchased for too much money and priced too high for current conditions.