There is absolutely no question that the micro-chip and COVID-19 constraints on factory production and sales of new vehicles has landed franchise dealers in uncharted territory.

I can’t recall a time in my 40 years in the car business where new vehicle inventories have ever been this low for this long. This week, Automotive News reports 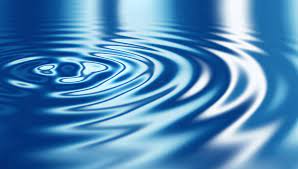 that factories have begun stripping out navigation systems, rear-view monitoring systems and other high-tech features to keep at least some vehicles rolling through assembly lines. Analysts expect millions of new vehicle fleet and retail sales, whether they are leases or outright purchases, won’t occur this year due to inventory constraints.

To be sure, the pain dealers feel in their new vehicle departments has created challenges, and opportunities, in used vehicles. Fewer new vehicle sales reduce lease turn-in and trade-in opportunities, forcing dealers to source a larger share of inventory from auctions, where supplies of late-model vehicles are limited and likely to decline further as rental car companies turn to auctions, rather than factories, to freshen their fleets. In addition, the need for used vehicle inventory has spurred many dealers to begin mining their local markets and service lanes to purchase vehicles from customers. “We’re high-balling every offer we make just to get cars,” a used vehicle manager at a mid-Atlantic dealership told me.

If nothing else, the production problems in new vehicles reflect the inter-connected nature of the car business–when something happens, good or bad, in one aspect of the business, it creates a ripple effect felt everywhere else.

It may be too soon to fully understand how the ripple effect of the current crunch on new vehicle production will play out. But I believe there’s enough evidence to suggest three outcomes dealers can expect to see over the next year or two.

The first outcome is that wholesale prices and valuations will remain high. As I noted in my last post, while the rate of wholesale value appreciation has slowed down, dealers aren’t likely to see a return to normal depreciation rates and timelines anytime soon. Wholesale vehicle supplies remain limited and low, and strong retail demand (driven by depleted new vehicle availability) will cause the current high-cost wholesale environment to continue.

The second outcome is that dealers will likely see a shortage of late-model used vehicles. Last year, the industry saw new vehicle sales decline by 2.5 million vehicles, a loss that was roughly split between fleet and retail sales. This year, factories are putting a greater emphasis on producing vehicles for retail customers. The result is the industry will end up losing the better part of two years of commercial vehicle and rental car production. These cars weren’t built. They weren’t sold, and they won’t end up at auctions. At the same time, the number of leased vehicles declined in 2020, as customers opted to extend current leases or return leased vehicles without acquiring a new one. In 2021, the state of high wholesale valuations creates an incentive for lease owners to buy out their leases and keep the cars. The combination of these conditions will help late-model vehicles, and particularly those offered as part of factory pre-owned certification programs, command top dollar in the retail market.

The third outcome relates to how the current and future high-value state of the wholesale market and low levels of late-model supplies will affect new vehicle sales when production stabilizes. For the past few years, new vehicle affordability has become a bigger issue as vehicles have become more high-tech, expensive and out of reach for some buyers, many of whom were in negative equity positions in the vehicles they wanted to replace. The high-value wholesale market is easing new vehicle affordability in two ways. First, it means the negative equity position of some vehicle owners has been reduced, if not eliminated. These owners will be in a better position to afford a new vehicle purchase or lease. Second, high wholesale values will translate to lower depreciation rates and lease payments for new vehicles, as one- to three-year-old vehicles will likely be worth more as a percentage of their original Manufacturer’s Suggested Retail Price (MSRP) than they have been in years past. In some cases, leasing will likely become more financially attractive option than conventional financing for a larger share of customers.

It is for all these reasons that I believe that the silver lining for dealers in the currently challenged new vehicle market will be a return to a bright, robust and even more profitable environment as dealers are able to satisfy pent-up demand. Of course, as the Grateful Dead tune goes, “every silver lining has a touch of grey.” In this case, the degree of grey may largely depend on how fast factories bring production back online and whether the vehicles they produce reflect the mix and volume their customers want and need to buy.