The article discusses how the unprecedented appreciation of used vehicle values has resulted in customers purchasing late model used vehicles at prices that, in some cases, land higher than the original MSRP of the vehicles. The piece suggests that the 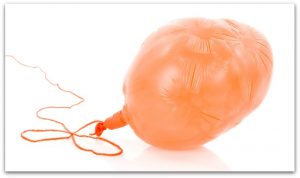 conditions amount to a used vehicle pricing bubble that will eventually burst, with negative outcomes for consumers, lenders who financed the purchases and investors who purchase asset-backed securities that include auto loans.

The Forbes article concludes: “Temporary forces caused an unprecedented (and unsustainable) used car pricing bubble. When it pops, car owners will owe thousands of dollars more for their vehicles than what they are worth. For those needing to purchase a car, they should delay their purchase until later this year. If they can’t, they better brace for impact.”

But Cox Automotive analysts and I have a different view. We don’t believe the current used vehicle price bubble will burst. Instead, we believe the normalization of the market will be more like a balloon that deflates over time. Our perspective is shaped by four important factors emerging in the current market.

The first is that, just as Cox Automotive analysts predicted earlier this year, the month of June has seen a levelling-off of the appreciation rate of wholesale vehicle values and the ever-so slight return of used vehicle depreciation (about 2/10ths of 1 percent, week-over-week). This moment marks a significant shift in the wholesale market, where values have been increasing on a week-over-week basis almost every week of the current calendar year.

Second, our analysis suggests that the pace of used vehicle depreciation will increase over time, with a little bit of a snowball effect. For example, if used vehicle values depreciated 2/10ths of 1 percent week-over-week in June, we are likely to see weekly depreciation rates of 1 percent or higher by the end of the summer and through the remainder of the year. This hastened and heightened rate of depreciation will occur because of the way vehicle values appreciated so quickly this past spring. It’s a case of what goes up fast is likely to come down quicker.

Finally, there’s retail demand. It’s outpaced supply for much of the current year, creating profit-favorable circumstances for dealers, even when they must pay up to acquire vehicles. The Cox Automotive forecasts projects that while demand for used vehicles may wane some in the weeks and months ahead, it’ll remain strong. American households have historically high savings, and they are likely to spend some of this money on used vehicles as they return to more normal family, travel and work routines. In addition, we all know some vehicle buyers are sitting on the sidelines, waiting for the market (and prices) to cool, which is starting to happen.

It is for all these reasons that I caution dealers to be wary of predictions that we’ll face a precipitous crash or decline in used vehicle prices and values. Instead, I believe we’re entering a period of adjustment that will be marked more moderate and nuanced changes to used vehicle values and opportunity for those who mind the market most closely.