Whenever a factory launches a program to sell used vehicles directly to consumers, it gets my attention.

This past week has been no different, following the announcement 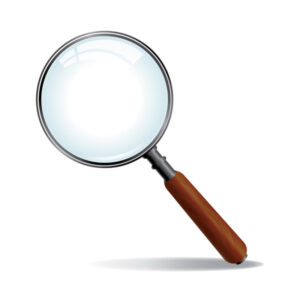 from General Motors that it will launch CarBravo, a site it intends to use to sell GM-, GM Financial- and dealer-owned used vehicles directly to customers.

For its part, GM is saying all the right things publicly. The factory wants to help its dealers compete in an era when upstart digital retailers like Carvana and Vroom have been selling used vehicles, and taking market share, from their dealers. GM intends for CarBravo to deliver the same kind of shopping and purchasing experience as the digital competitors—a process where consumers can get a car whether it’s “online, at the dealership or both.”

But the more I read about CarBravo, the more questions it raised. How will GM price used vehicles, and how will dealers make money? How will CarBravo’s plans to ask dealers to appraise, inspect and certify vehicles complement or conflict with the way GM dealers currently handle these mission-critical used vehicle tasks? I took my questions to GM dealers. Their initial reads suggest significant concerns about the success CarBravo might achieve.

“CarBravo feels to me like an extension of GM’s Factory Pre-Owned Collection, which didn’t work,” says the used vehicle director of a dealer group with several GM stores. “We’re not going to sign up.”

“We signed up,” adds the used vehicle manager for a Chevrolet store in the upper Midwest. “But we pretty much sign up for everything in case it’s good. We’re not sold on CarBravo yet.”

“I’ve asked other GM dealers I know and so far, CarBravo is a thumbs-down,” shares a Southeast dealer with two GM stores.

The chief concerns from dealers fall into three categories:

Dealer investments in GM’s certified pre-owned program. From what I’ve gathered, dealers who have been selling GM CPO units will need to make a choice between continuing in the program or following CarBravo’s certified pre-owned program. Some GM dealers pride themselves on their CPO performance, which accounted for a significant and steady share of their used vehicle sales up until the COVID-19 pandemic. Like dealers who participate in other factory CPO programs, GM dealers have sometimes accepted losses on CPO sales because they needed to meet or beat factory-set sales objectives. GM has built a degree of dealer loyalty toward its current CPO program that’s now under question.

Program costs. In addition to a $1,000 enrollment fee, CarBravo’s ongoing quarterly fees run $1,500 or $3,000, depending on the percentage of dealer-owned vehicles a dealer commits to the CarBravo platform. When vehicles sell, dealers would also pay $199 or $299, depending whether the sold vehicle falls in CarBravo’s standard line (vehicles 10 years older or less, with fewer than 100,000 miles) or budget line (more than 10 years old, with 100,000-plus miles). The CarBravo program also includes requirements for dealers to pay program-approved vendors to help merchandise vehicles and make guaranteed offers for customer trade-ins and vehicle sales. Every GM dealer or manager I talked to believes CarBravo will cost more than GM’s current CPO program.

Pricing/profit. CarBravo intends to price GM- and GM Financial-owned vehicles using J.D. Power Clean Retail values, according to its dealer guide. Dealers can price the inventory the own and post on CarBravo they way they prefer, although one used vehicle manager shared that it seemed like CarBravo would prefer everyone to price vehicles the same way. The pricing strategy raised immediate concerns for dealers on two fronts. First, several called current J.D. Power Clean Retail values as “high, high, high” for the current market. Second, some dealers have no interest in straying from the used vehicle pricing strategies they currently follow, such as ProfitTime’s investment value-based pricing method. “If I plug into their numbers, my ProfitTime dashboard would explode,” a used vehicle manager says.

On the profit front: While dealers say they’ll have an opportunity to sell F&I products to CarBravo customers, no one seemed to know what back-end opportunity would remain for dealers when customers purchase a vehicle from the national pool of GM-/GM Financial-owned units, complete their deal on CarBravo’s digital retail platform, and take delivery at a dealership. Similarly, dealers aren’t sure how much retail margin might remain when they purchase GM-/GM Financial-owned vehicles for CarBravo’s “buy now” price.

“GM Financial is asking a fortune for their cars right now,” the dealer group used vehicle director says. “If the ‘buy now” pricing is anything like what we’ve been seeing, we won’t be able to buy them and make any money.”

From where I sit, the CarBravo program seems like an ambitious, arguably bold move by a manufacturer that’s not always been associated with terms like disruption or innovation. Broadly speaking, the rise of digital retailers like Carvana has arrived because dealers have largely been slow to adapt to changing consumer expectations about car buying, and CarBravo may well move the industry along.

I also am not convinced that, as some dealers worry, CarBravo represents a way for GM to advance a direct-to-consumer sales model. I say this because CarBravo simply won’t work without sufficient widespread GM dealer participation, so CarBravo can offer the broad, multi-brand inventory it’ll need to attract mass consumer interest.

Therein lies the challenge for GM and CarBravo. It certainly seems like they’ve got more work to do to convince GM dealers that CarBravo is beneficial for their used vehicle businesses.