It’s good to be back at an in-person NADA convention. No. Check that. It’s great to be back, and it’s a sentiment I heard over and over throughout the opening day of the exhibit hall at the convention.

I could sense anticipation and positive energy as I arrived 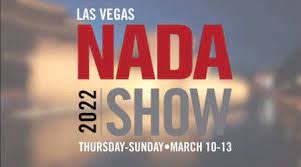 before the exhibit hall opened. Dealers were lined up, waiting for the doors to open—a sign, I thought, of their desire to find better ways to move their businesses forward and connect with partners they haven’t seen in person for two years.

Handshakes gave way to hugs as I met with dealers to talk about their businesses and where they plan to take them in the months ahead. There is absolutely no question that dealers are in a very good place. They know that while the market, and especially the used vehicle market, won’t be like last year’s rocket ride, there is still plenty of opportunity to sell more cars and make more money.

No surprise, used vehicle inventory acquisition was top of mind for many dealers. Most of the dealers I met were keen on plans to do an even better job sourcing inventory directly from customers. A handful shared that they plan to return to buying auction vehicles after sidelining themselves from the lanes because they thought prices were too high.

I especially liked the term a manager who oversees preowned operations for a 25-store group in the Northeast used to describe his acquisition and pricing strategy—“calculated courage.” The manager explained the calculation starts with a clear-eyed view of a vehicle’s competitive set, overlayed with an understanding of “what we can do with a car that’s different from other dealers.”

Here are a few other take-aways from the exhibit hall floor:

A return to discipline. More than a few dealers shared that in recent weeks they realized they are “out of round” with sizable shares of their inventories as wholesale values have softened in recent weeks. “We had about 20 cars that were priced at 100 percent of the market, and the market changed. We’re working our way out of the cars and my guys are back to pricing cars more than once a week,” a Southeast dealer shared.

A focus on decision-making efficiency. The new Cox Automotive solution, Upside, garnered positive interest from dealers for its promise of informing dealers, at the moment they acquire a vehicle, of the money they could make if they choose to wholesale a vehicle. “I don’t want my managers to spend time trying to decide if what to do with a car,” an Atlanta-area dealer shared. “We need to be in the business of acquiring every customer vehicle that comes our way and making the right decision faster.”

In a similar vein, several ProfitTime dealers were excited about the new Global Acquisition system’s ability to help them analyze and optimize how well and right they acquire inventory across multiple sourcing channels and manage their outcome as retail units.

An eye on growth. I can’t recall a convention where so many dealers noted that they either recently acquired another dealership, or they were actively pursuing stores to purchase. The stories affirmed all the recent headlines about more stores changing hands as growth-minded dealers look to capitalize on the economies of scale and profitability they’ve enjoyed in the past two years.

A concern about comp plans. Expense reduction remains on the minds of dealers—particularly as it relates to compensation plans in sales, where record-high gross profits are yielding substantial paychecks for top sellers and making some dealers worry that they’re paying their people too much. The view isn’t universal, though, as several dealers noted that they increased take-home pay for their teams last year and have seen less turnover.

That’s all for now. I’m off to the NADA exhibit hall. I’ll share more here tomorrow.