As the used vehicle market returns to more normal conditions, I feel compelled to reiterate a perspective on retail price sensitivity that seems to have been lost over the course of the past two years.

My perspective is shaped from conversations with dealers 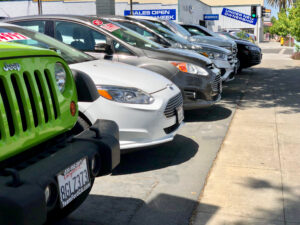 who worry that the high gross profits they achieved last year are not occurring with the same degree or frequency today. Make no mistake, gross profits and sales remain strong, but dealers correctly sense a changing market tide.

My response to the concerns is that dealers can remain on pace with past performance provided that a) you understand how price sensitivity varies from one vehicle to the next and b) you apply the understanding of price sensitivity as you set the retail asking prices for your vehicles.

It’s the second point that dealers worried about gross profits appear to be missing. For example, I continue to see used vehicle inventories with an out-size share of vehicles priced almost uniformly at or above Price to Market percentages of 100 percent.

When I ask dealers about the reasons behind their retail asking prices, they generally tie back to two factors—how much they paid to acquire the unit and how much gross profit they believe they should make, given what it took to get into the vehicle in the first place. The problem with this perspective, of course, is that it doesn’t account for the price sensitivity of individual vehicles in the current market and/or each individual vehicle’s competitive set.

Hence, as we’re currently seeing with some ProfitTime GPS dealers, their worst investments, the Bronze vehicles, are priced as if they can and should command all the money. A sizable share of these vehicles have reached 45 or 60 days in inventory, and they aren’t selling. And, if/when the vehicles do sell, they are not delivering anything close to the gross profit the dealer or used vehicle manager believed they could make on the car. In some cases, the vehicles are producing a net profit loss for the used vehicle department.

The price sensitivity issue plays out in the opposite manner with these dealers’ best investments, or the cars ProfitTime GPS deems as Platinum units. By definition, these vehicles are blessed with a low Market Days Supply, a favorable Cost to Market position and high retail demand. The Platinum vehicles are those customers want and will come looking to find. Yet, dealers are pricing these vehicles as if they aren’t worth top dollar. And guess what? The cars are flying off the shelf, often at a faster rate of turn than Bronze vehicles.

I’ve been struck by an irony that’s apparent in such conversations with dealers.

With the Bronze vehicles, I generally suggest that dealers should price them lower, to speed up their sales rate, minimize risk and optimize whatever return on investment (ROI) potential a vehicle possesses. I’ll point out that the vehicles are highly price-sensitive, and therefore need to move quickly.

In most cases, the dealers and used vehicle managers push back, arguing that if they lower the price they’ll lose out on the potential for a higher gross profit and risk a retail loss. In turn, I’ll point to the fact that the Bronze vehicles aren’t selling and that, inevitably, dealers will have to lower their prices to sell the vehicles. I’ll also note that it’s far better to lower the price now rather than later, particularly given the current levels of used vehicle depreciation.

Meanwhile, with the Platinum vehicles, I’ll often suggest that dealers raise their prices to give the vehicles more time to maximize their return on investment (ROI) potential. I’ll note that Platinum vehicles are less price sensitive and therefore deserve a healthier mark-up. In most cases, dealers and used vehicle managers push back, arguing that the current minimal mark-ups are warranted because the vehicles still deliver decent gross profits, they sell quickly and they help drive overall inventory turns and sales volumes.

Further, the dealers and managers argue that if they mark up these vehicles, they’ll lose VDPs. In response, I’ll say that Platinum vehicles don’t need VDPs to sell. By their nature, Platinum vehicles are blessed with low Market Days Supply, low Cost to Market percentages and high retail demand. Customers hunt for these cars and, chances are, your sales team members have customers who asked  to be contacted when these vehicles arrive.

The irony is that I’m getting push-back on both sides of the price sensitivity equation. I’m sometimes arguing with dealers and managers who have their cake and want to eat it, too. Still, I find solace in the fact that other dealers, who are more attuned to the price sensitivity of individual vehicles, aren’t complaining about declining grosses and sales. Instead, they’re focused on how and where they can acquire more vehicles with less price sensitivity, and how to get out of the highly price-sensitive units they already own as quickly as possible.