I’ve been talking to a lot of dealers lately about how they’re doing in used vehicles. Often, I’m in these conversations because a dealer’s become convinced that vAuto’s new inventory management solution, ProfitTime GPS, is causing a performance problem.

Naturally, the starting point of every conversation is ProfitTime GPS. I’ll call up a dealer’s inventory, and study what the metrics tell me about how a dealer and their team is managing used vehicles to achieve optimal ROI outcomes. Sometimes, I’ll show a dealer 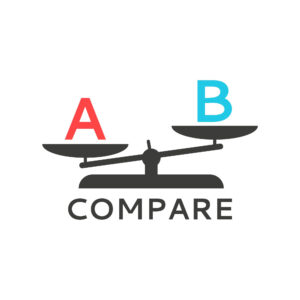 how their performance compares to peers who have similar franchises, market areas and rooftops.

The other day, this exercise led me to a telling tale of two very similar dealer groups:

Both groups have about 30 stores, with similar franchise mixes across a similar mix of metro and suburban markets.

They sell essentially the same number of used vehicles in a rolling 30-day period, across a similar mix of metro and suburban markets in different parts of the country.

The overall pricing of their used vehicles looks about the same—one group’s inventory has a Price to Market percentage of 97 percent, the other, 95 percent.

The overall Cost to Market percentages for each group’s inventory runs about the same, 87 percent and 84 percent.

From this high-level view, you could reasonably presume that both groups should be achieving roughly the same outcomes. After all, there’s an apparent parity across the inventory-level metrics, and they’re selling the same volumes of used vehicles.

But this view doesn’t inform how well either group is managing their used vehicle investments to achieve optimal ROI outcomes. And, with the help of ProfitTime GPS, we can see that there’s actually very little parity between the two groups in terms of their ability to maximize the money they could make in used vehicles:

Total mark-up or profit potential (e.g., a measurement of the spread, in dollars, between the Cost to Market and Price to Market percentages of vehicles). The group with $80 million in inventory has an overall mark-up of $1.9 million, while the group with $46 million has $4.4 million in mark-up.

At this stage of the analysis, I had to ask myself: How is it possible that both groups are selling the same volume of vehicles with such dramatic differences in the number of cars they stock, and the profit potential their vehicles possess? I found the answer by examining the mix of pricing decisions each group makes on a day to day basis with their vehicles:

For me, the analysis offers three key lessons that are relevant for every dealer, particularly those who, like the group with $80 million in inventory, have too many cars in stock for current market conditions.

First, and perhaps most important, is the lesson that, if you’re like the group with $46 million in inventory, and you strive to properly price each vehicle to optimize its turn and ROI, you don’t need to stock more vehicles than your rolling 30-day total of retail sales. It’s quite striking to see two different groups selling the same number of cars, knowing one group does the job with half the inventory investment and twice as much profit potential. For me, the $80 million group’s additional investment not only represents a poor use of capital. It’s also an open invitation for inventory age and water.

Second, the group with $80 million in inventory would be better off if they took a page from their peer and priced more vehicles in alignment with ProfitTime GPS recommendations. The group’s out-size share of Bronze vehicles likely owes to consistently pricing the vehicles above the market, and the group’s volume likely comes from cheap-selling Platinum vehicles. This duality is common in the current market, and it’s leading to less-than-ideal and unnecessary outcomes.

The third lesson is that dealers who aren’t disciplined about maintaining a balance between their retail sales and stocking levels, and fail to mind each vehicle’s inherent investment value when pricing, will end up like the group with $80 million in inventory—selling a lot of vehicles but failing to make all the money they can and should.