I’m seeing a correlation between the current and pre-pandemic market in the way dealers with multiple rooftops are managing their used vehicle inventories.

Back in 2019 and earlier, dealers with multiple stores would, to varying degrees of frequency, move retail units that weren’t selling at one store 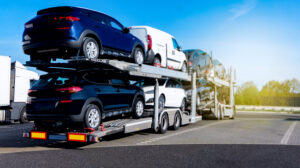 to a different store in their group. When I talked to dealers about this practice, I questioned what they were doing. I’d ask whether such moves made sense financially. After all, the vehicles they transferred often were distressed and aged units that hadn’t moved.

I’d explain that the vehicles didn’t sell at the first store because a manager either didn’t know where to price the vehicle to sell or refused to price it where it would sell. I’d also note that when vehicle moved to a different store, the manager was effectively off the hook for failing to turn the dealer’s investment.

Some dealers would take issue with my position. They’d note that, before a vehicle would get transferred, the manager would need to “write down” the vehicle, enabling the receiving store to acquire the vehicle for the right money. Hence, the manager wasn’t off the hook; the manager’s department took a hit.

But we all know how write-downs work. It’s an accounting move that effectively washes out the management failure that resulted in the vehicle not selling in the first place. On top of that, the manager could, if inclined, use other cars to make the effects of the write down effectively disappear.

It’s curious to me that I’m seeing this practice return in recent weeks. I can’t recall conversations about store-to-store transfers over the course of the past two years. Why? Because dealer-favorable conditions meant that if you had a vehicle to sell, it sold. We all understand how those conditions have shifted and the retail market’s more challenging, especially for dealers with too many vehicles in stock in relation to their rolling 30-day total of retail sales.

That’s what makes me concerned as I hear dealers today talk about moving more cars between stores. It doesn’t matter to me that dealers are still making relatively strong profits in their used vehicle departments. The financial fundamentals of moving vehicles you’ve reconditioned and tried to retail at one store to another store still don’t add up. If a vehicle gets 45 or 60 days to retail at one store, and then another 30 to 45 days at a second store, the dealer’s investment is tied up for upwards of 80 to 90 days without turning. How can this be acceptable?

The answer is, “it isn’t.” In fact, I’d put this practice among other gross deceptions I wrote about in my 2020 book, “Gross Deception: A Tale of Shifting Markets, Shrinking Margins and the New Truth of Used Vehicle Profitability.”

If it were my dealer group, I wouldn’t allow store-to-store transfers of vehicles if a manager at the store that landed the vehicle made the decision to recondition and retail it. Why? Because I believe the primary job of every used vehicle manager is to make money on every used vehicle investment, not just the ones that come easy. For sure, the manager might fall short on occasion. But I see no reason to give managers the equivalent of a hall pass if/when they fall short.

To be clear, I’m not opposed to dealers moving a vehicle from one store to another, provided such transfers occur at the time of acquisition, when market- and store-level performance data clearly indicate a better retail outcome at another store. When this occurs, the manager is doing right by the dealer’s money. He/she is figuring out the best location to achieve the most-optimal outcome for the dealer’s investment.

If the transfer decision comes later, after a manager has invested additional reconditioning dollars and tries to retail a vehicle, he/she should own the responsibility for the car and the less-optimal return of the dealer’s investment that occurred on their watch. If dealers don’t hold managers accountable to this standard, the gross deception will only continue.