Every January, some dealers exercise their right to an annual rite—the financial write-down of used vehicle inventory they have in stock as the calendar moves from one year to the next.

This annual practice, which appears to be occurring in earnest this year, isn’t universal. For every dealer who writes down inventory, there are 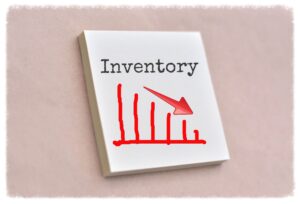 plenty who do not, because they don’t need to.

This distinction arrives as I’m seeing dealers write down six- and seven-figure sums as they aim to erase the “water” that’s built up in their inventories during the past year. The write-down practice leads to what’s known as the “13th monthly financial statement” for some dealers.

I’ve always understood the practice of writing down inventory, but I’ve never agreed with it. My thinking flows from four realities that write-downs represent:

First, the write-downs are very similar to the crash diets, new gym memberships and other resolutions we all make as the new year arrives. Trouble is, history and past practice demonstrate that if you go on a crash diet, or suddenly resolve to go to the gym, there’s a good chance it’ll be a short-lived effort. Why? Because such resolutions often lack the mental/personal discipline that’s necessary to turn watching what you eat or exercising more into your way of life, day in and day out.

Second, write-downs are wholly unnecessary. Dealers who have or will take write-downs this month typically followed a similar course—they stocked too many cars in a declining market, and they were left holding the bag at the end of the year. By contrast, other dealers applied more daily inventory management discipline. They consistently made sure their current inventory levels reflected their rolling 30-day total of retail sales. They exerted more investment-minded discipline in pricing. If they had a vehicle that showed signs of investment distress or trouble on Day 1, they priced the vehicle to move quickly. They weren’t holding out, hoping the vehicle would find a buyer willing to pay what they’re asking. Meanwhile, if they had a vehicle with high investment potential and value, they’d price the car to give it time to earn the gross profit it deserved.

Third, write-downs typically excuse the lack of inventory management discipline that spurred their need in the first place. Consider the “13th monthly financial statement” dealers create when they write down inventory to start a year. By design, the statement restates the prior year’s performance, often for the worse. The effect: Monthly results in the past year are now overstated, meaning dealers paid commissions and gave other rewards based on performance that wasn’t as good as they thought.

Finally, write-downs take some of the bloom off a new year. They amount to adjusting to, and apologizing for, past sins. By contrast, dealers who do not need to write down their inventories can focus their new year energy, and related resolutions, on more positive, forward-looking initiatives to help them find greater success in the months ahead.

Looking back, it’s somewhat understandable why this year’s season of-write downs seems more sizable. 2022 marked a year of significant transition in the used vehicle market—ever-more variable conditions that are likely to remain (and evolve more) in the year ahead. Some dealers simply missed the boat, and the size of their write-downs reflects the degree of individual misses.

It’s my sincere hope that, by this time next year, fewer dealers will find themselves in a position where they need write-downs to make their inventories right, once again.